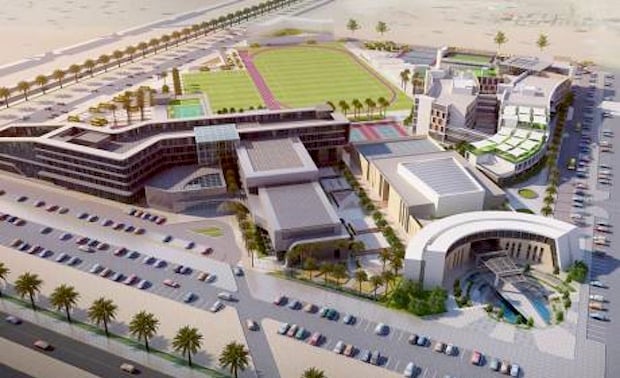 Two new international schools, with a combined enrollment capacity of up to 4,000 students, have announced plans to open in Dubai.

Brighton College Dubai (from the UK) and Dwight School (from the US) will commence operations from the academic year 2018/19.

Opening in Dubai in partnership with UAE-based Bloom Education, the schools will located within a 89,000 sqm campus in Al Barsha South, which will also include a Centre of Excellence for the Arabic Language, Culture and the Arts.

The schools will not be affiliated academically, however they will share facilities including the auditorium and some sports facilities, a spokesperson confirmed. They will also equally utilise the Arabic Centre of Excellence.

Richard Cairns, who has led Brighton College UK for the past 10 years, said: “Brighton College is the UK’s top co-educational school, renowned for combining academic excellence with a wealth of extra-curricular opportunities, all underpinned by a deep commitment to the individual needs and enthusiasms of each boy or girl.”

Stephen Spahn, chancellor of The Dwight Schools, said: “Dwight School Dubai will be a model of how to integrate local strengths to enhance learning and create mentoring opportunities beyond the classroom for students, while also equipping them with the skills needed to communicate and collaborate across national borders to solve challenges on a global scale.”

The UAE currently has the highest number of English-medium international schools worldwide, according to a recent report by research firm International Schools Consultancy.

Dubai leads the world for international schools by city with 276, while Abu Dhabi comes in third place with 154 schools, followed by Doha with 142, the report found.