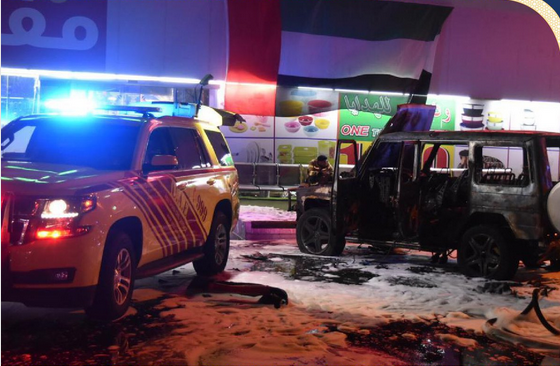 Two children died after they were left inside a parked vehicle in Abu Dhabi, which later caught fire.

The children, aged one and three, were found dead inside the car at the Mina area, Abu Dhabi police said on Wednesday.

The car – a Mercedes G-Class, was parked at the port but the police did not disclose the whereabouts of the parents.