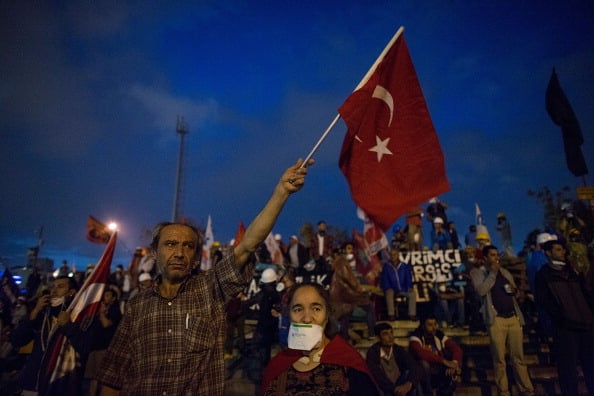 “My exclusive ‘tour’ of the Turkish justice system is over!” Derek Stoffel tweeted after his release from Turkish custody.

His colleague Sasa Petricic was more succinct. “We’re out,” he tweeted.

CBC had said it had been in touch with the two reporters after their detention, which took place as they reported on the fierce demonstrations that have been taking place in Turkey for almost two weeks.

Canadian Foreign Minister John Baird said earlier on his Twitter account that he had telephoned the Turkish ambassador to express his concern.

The protesters in Turkey are demonstrating against what they say is the authoritarianism of Prime Minister Tayyip Erdogan, while Erdogan and government ministers have accused international media of stoking the unrest through their coverage.

Mainstream Turkish media provided only brief coverage of the initial violence nearly two weeks ago, stepping up reporting only after Erdogan commented on the unfamiliar scenes of chaos.