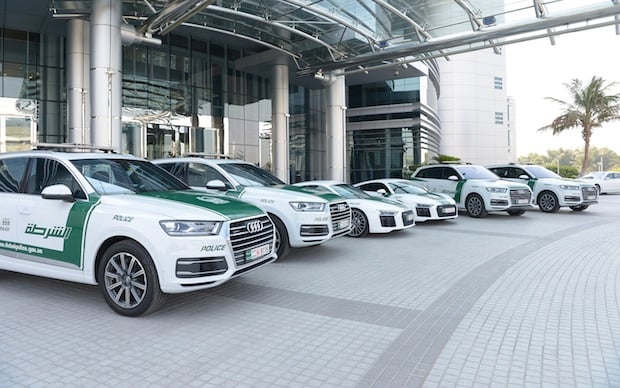 The Dubai Police has added two new Audi R8 cars to its supercar patrol fleet as part of its efforts to reach out to UAE residents on traffic safety.

Lieutenant general Khamis Mattar Al Muzainah, commander-in-chief of Dubai Police, said that the police seeks to enhance the security of the emirate through the introduction its fleet of supercars.

They are specifically hoping to raise awareness among young drivers, and improve standards of traffic and public safety, he said.

In April, the Dubai police announced the addition of Nissan GTR and Nissan Patrol cars to its long list of supercars, which includes a McLaren MP4-12C, a Bugatti Veyron and the extremely rare Aston Martin One-77.

The Dubai Police has been ramping up its supercars fleet since the start of 2013 starting with a Lamborghini Aventador and a Ferrari FF.