Twitter's new feature is out: What is it and how does it work?

With Twitter Circle, people can choose who can see and engage with their content on a tweet-by-tweet basis. This means that they can have more intimate conversations and build closer connections with a smaller crowd.

The beta version was tested in a small feedback group in May, allowing users to create personalised tools that empower people to tailor how, when and with whom they engage with. Starting today, this feature will be available on iOS, Android, and Twitter.com globally. 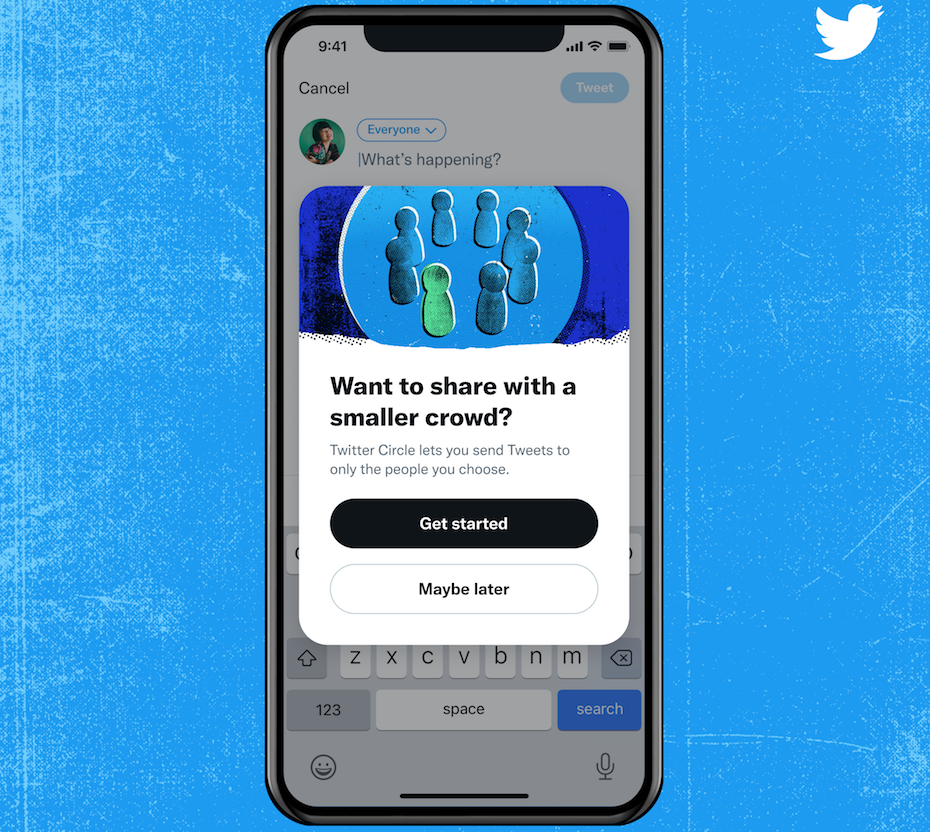 Selecting your circle
Before posting a tweet, people will see the option to share it with their circle or full followers list. Up to 150 people can be added to a circle, and this list can be adjusted at any time with no one notified of any changes made.

Tweets sent to one’s circle will appear with a green badge underneath them. These tweets can only be seen by those selected in one’s circle and cannot be retweeted or shared. Additionally, all replies to circle tweets are private, even if the user’s account is public.

add up to 150 people to yours and use it. please. pic.twitter.com/D6AE4OhRX5

Personalising your Twitter experience
Twitter wants to ensure everyone on it social media platform has the choice, control, tools and transparency to join the conversation with one another how and when they want.

Since the feature began testing, people have been sharing how it’s helped them personalise their Twitter experience, including: