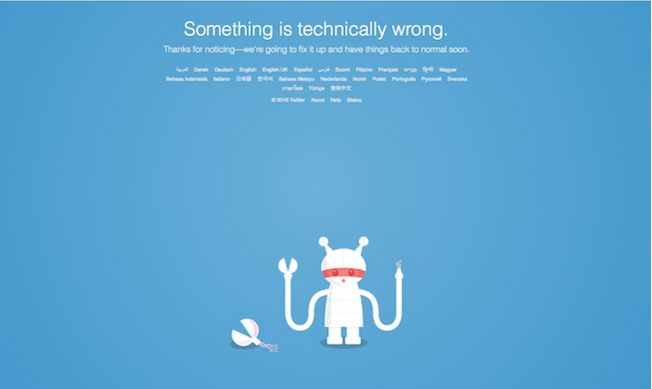 Microblogging site Twitter has confirmed that it is experiencing a technical problem after it appeared offline for several web users across the world.

A message on the website reads: “Something is technically wrong. Thanks for noticing – we are going to fix it and have things back to normal soon.”

Some users were able to access the social network on their mobiles.

Despite the problem, Twitter addressed the issue visa its @support handle.

“Some users are currently experiencing problems accessing Twitter. We are aware of the issue and are working towards a resolution.”

Speaking recently to Gulf Business, the company’s head of sales for the Middle East Benjamin Ampen said that the site was growing strongly in the Middle East.

The region is one of the fastest growing markets “in terms of both revenue and users” for the company.

“This is a region where we see high engagement. I think the average engagement is anywhere at 3 per cent on a tweet. People this region really engage with the product,” he added.