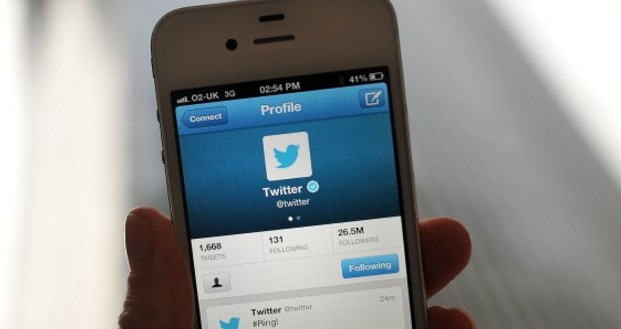 Twitter users with high profiles can now apply to have their accounts officially verified with a check mark as part of a revamped approval process meant to more clearly explain how and why people are verified.

The social network’s users can apply for the badge if they think they fall into one of the allotted categories — like sports, government or entertainment. Applicants must also be “notable” and “represent or otherwise be associated with a prominently recognised individual or brand” in order to be verified, Twitter said.

The “blue check mark” — which appears next to a user’s handle, and is actually a white check mark against a blue background — has long been used to distinguish well-known or corporate accounts from potential impostors. But there are only about 360,000 verified Twitter accounts, according to B Byrne, a Twitter product manager focused on verification. That exclusivity has turned the check mark into a status symbol of sorts on the service, and there previously has been no clear process for users to get one.

That created issues when some verified users started breaking the company’s rules, and Twitter voiced concerns that the check mark could appear as a company endorsement instead of an identification tool. Twitter formally halted all verifications in 2017, though it continued to verify some users behind the scenes, and updated its verification policy in December.

Under the new rules, the San Francisco-based company will require that users confirm their identity, keep their account active and avoid rule violations. All applications will be reviewed by a human, and users can re-apply after a 30-day wait if they are denied. Verification will expand to other categories like academic and religious leaders later this year, the company said.

Unlike Facebook, Twitter has never required users to post using their true identity, a philosophy that has opened up the service to fake accounts and impersonation. Twitter executives said the company is looking into other ways to improve user profiles beyond verification. Beginning in July, Twitter will also start to label some bot accounts with a special “automated” tag.