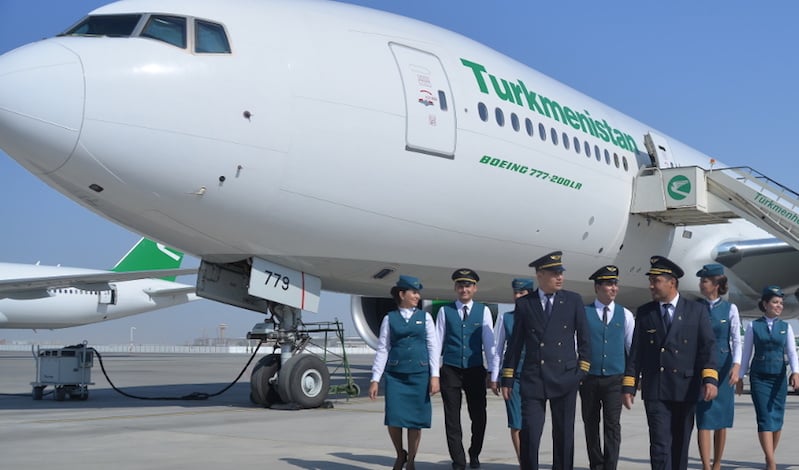 Turkmenistan Airlines has resumed biweekly flights to Abu Dhabi, it was announced on Sunday.

Turkmenistan Airlines will operate the route using its Boeing 737-800 aircraft, with a business and economy configuration.

On Fridays, Flight 825 will depart Ashgabat International Airport at 1pm, arriving in Abu Dhabi at 3.30pm.

On Sundays, Flight 827 will depart Ashgabat at 7.50am and arrive in the UAE capital at 10.20am, with the return flight 828 departing Abu Dhabi at 11.50am and arriving at the Turkmenistan capital at 2.20pm.

Turkmenistan Airlines first announced flights to Abu Dhabi last summer, but is not clear when it suspended operations.

“This additional service is part of our strategy to attract new airlines to our network that will support tourism growth in Abu Dhabi. These flights are forecasted to attract around 20,000 passengers annually between the two cities.”

Ekayev Shohrat, representative of Turkmenistan Airlines in the UAE, added: “The flights play a key role in our growth strategy and are designed to increase interconnectivity between both destinations.”

Turkmenistan Airlines is looking to expand operations to the GCC.

The airline currently operates regular flights to Dubai, and following a modernisation of its fleet, plans to expand to Jeddah, Madinah and Manama by 2020.

It also aims to fly to Muscat and Kuwait City by 2030, according to local media reports.