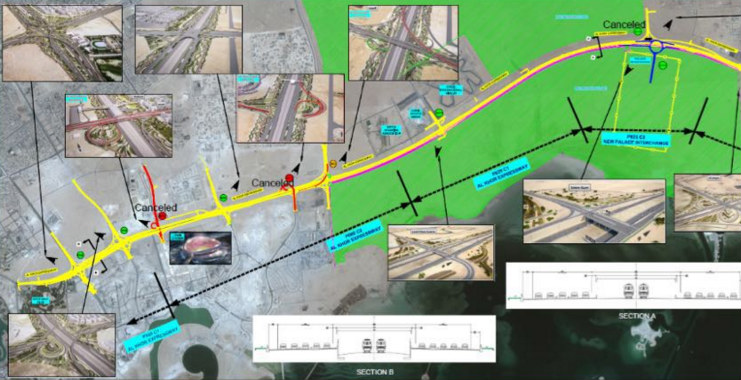 Qatar News Agency (QNA) reports that the contract for the project was signed in Ankara this week during an official visit by municipality minister Mohammed bin Abdullah Al Rumaihi.

The highway will be 34km in length and incorporate 10 lanes. It will include 12 viaducts, eight road junctions and pedestrian and motorcycle lane.

The route map was detailed in a tweet by Qatar’s Ministry of Municipality and Environment.

It is due to be completed in 30 months, according to QNA.

Tekfen is also undertaking a QAR3.6bn ($980m) upgrade on Al Shamal Road due to be completed by the end of the year.