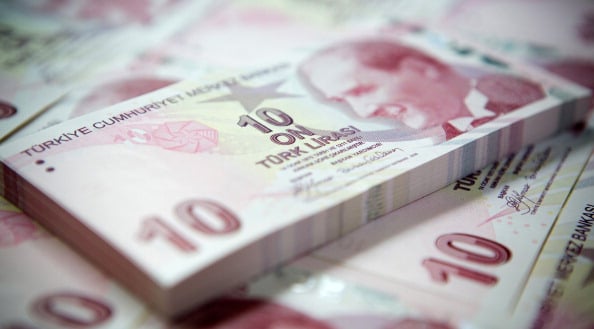 If the Reserve Bank of India wants some pointers on how to lift the rupee decisively off record lows, it could try asking Turkish central bank governor Erdem Basci.

The rupee tumbled to a new record low against the dollar on Tuesday, raising the stakes for the RBI, whose stop-start currency defence strategy is widely seen as inadequate.

Many are contrasting its hesitation with the Turkish central bank’s more successful efforts to stave off a currency collapse.

On the face of it, both central banks have responded similarly to a selloff which has reduced the value of the rupee and lira by almost a tenth against the dollar this year.

Both have balked at offering investors significantly higher interest rates to staunch the bleeding, instead opting to tighten policy by squeezing money market liquidity. Yet investors remain unconvinced of the RBI’s stomach – and ability – to defend the rupee.

“We are down to central bank credibility and I think Turkey has been more credible,” said Murat Toprak, emerging markets strategist at HSBC in London.

“There is (disconnect) between India’s monetary policy stance and the currency moves, there is no line in the sand … In Turkey, the stance is clear: ‘we are here to defend the currency if needed’.”

The RBI followed up a raft of fairly bold policy tightening measures in July by inexplicably failing to drain cash at auctions a few days later. Governor Duvvuri Subbarao then effectively unwound all the tightening impact by saying the steps would be rolled back once the rupee stabilised.

For investors, that was tantamount to an admission that the RBI has not abandoned its long-standing growth bias. In other words, big currency-defensive moves were off the table.

Money market conditions remain fairly loose, with rates on overnight call money – short term loans from one bank to another – well below the RBI’s 10.25 per cent target rate and banks’ cash reserve ratios standing at a record low four per cent.

Turkey’s central bank also disappointed markets with a 75 basis point widening of its interest rate corridor, rather than the 150-200 bps that was hoped for.

But Governor Basci twinned the move by pledging additional daily policy tightening when needed. On such days, the funding rate for banks would rise to 7.25 per cent, effectively a 200 bps rate hike, analysts say. Basci has also hinted the main one-week repo rate could be raised if needed.

“For 2013 and beyond, exchange rate stability seems to be the over-riding goal of the central bank,” said Umit Ozlale, an economics professor at Istanbul’s Ozyegin University who advised Turkey’s central bank for almost 10 years.

Markets appear to have believed Basci, lifting the lira more than two per cent off July’s record lows. Rupee forwards on the other hand see the currency trading beyond 63 per dollar in six months’ time, compared to the current record low around 61.7.

The RBI’s hesitation is all the more surprising given the rupee’s problems run far deeper than the lira’s.

India’s huge current account deficit and inflation can be blamed squarely on the government’s fiscal profligacy and foot-dragging on key reforms. It will run a budget deficit this year of almost five per cent of its gross domestic product.

In contrast, Turkey has run a tight fiscal ship and its problems are essentially down to years of over-loose monetary policy that encouraged a credit explosion.

“Turkey has cyclical problems but structurally it is sound. India has severe structural problems,” said Angus Halkett, a portfolio manager at Stone Harbor Investment Partners. “If you look at the underlying story in India there is still a deteriorating fiscal picture, and significant twin deficits.”

India’s foreign investment mix may also go against it. It is one of the few big emerging markets where foreigners’ bond market presence is negligible but equity investors hold almost a quarter of the free float, according to Morgan Stanley data.

Unlike bond buyers who can be lured back with a big yield premium, equity investors may react negatively to growth-crimping rate rises.

“If you have proper policy tightening in Turkey, say 300-400 bps, it could be effective in appeasing investor concerns,” UBS strategist Manik Narain said. “RBI tightening is helpful but it won’t address the root cause of the rupee’s problem.”

Investors will be looking for more resolute steps from the RBI, such as an outright rate hike that will increase the yield appeal of the rupee. Big emerging markets that have raised interest rates outright include Brazil and Indonesia.

But despite 125 basis points of rate rises, Brazil’s real is down 11 per cent versus the dollar this year. Stone Harbor’s Halkett attributes this to a lack of policy clarity from the central bank – another reason for Subbarao to speak up.

“We have Brazil, Peru, Russia, Indonesia, all of them are doing various things at various times on an ad hoc basis but what the market always looks for from central banks at times like this is a clear message,” he said.

“What makes a policy effective is to communicate it in a way that the market is left in no doubt of the priority.”