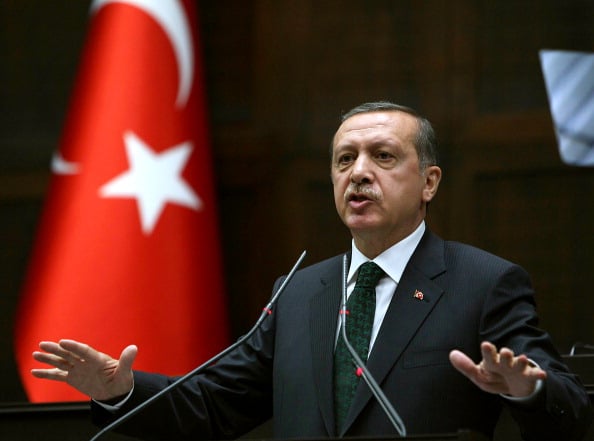 “The provisional results show that Erdogan has the majority of the valid votes,” YSK chairman Sadi Guven told a news conference.

“Tomorrow I will provide the numbers. We have received more than 99 percent (of the votes). Tomorrow we will announce the provisional results.”

Ruling AK Party’s deputy chairman Mustafa Sentop said that Erodgan won the presidential election with just over 52 per cent of the vote.

“Today it is not Recep Tayyip Erdogan who won this election, it is the national will, democracy,” Erdogan told thousands of supporters in his first speech as president-elect from the balcony of his ruling AK Party headquarters in Ankara.

“We are closing one era and moving forward to a new one.”

Erdogan also called for a period of social reconciliation in his first speech as president-elect.

“I say this from the heart. Let’s start a new social reconciliation period today and let’s leave the old discussions in the old Turkey,” he said.