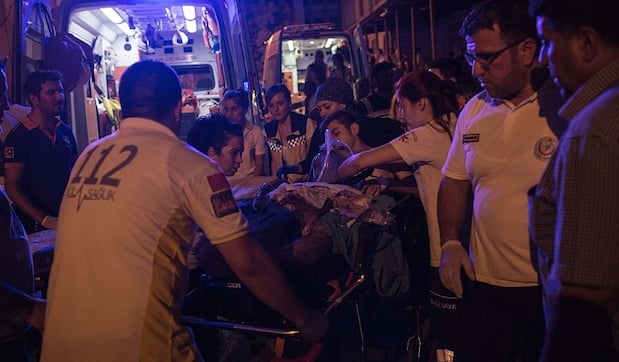 Twenty-two people were killed and 94 injured when a bomb attack targeted a wedding in the Turkish city of Gaziantep on Saturday, the local governor’s office said in a statement.

Deputy Prime Minister Mehmet Simsek earlier said the attack was believed to have been carried out by a suicide bomber, while another ruling party politician said ISIL militants were behind the attack.

The attack is the latest in a surge of violence this week in Turkey’s mainly Kurdish southeast.