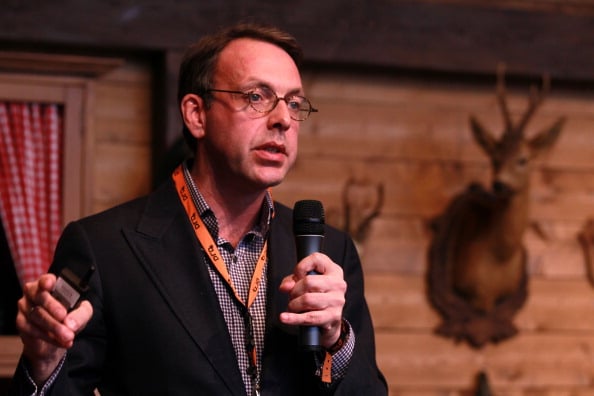 Swiss venture capitalist Klaus Hommels, an early-stage investor in Skype and Facebook, hadn’t thought much about Turkey or its e-commerce potential when he met Sina Afra in a Burger King at a Berlin airport in 2008.

But Hommels sensed an opportunity as he listened to Afra, a Turkish former eBay executive, talk about his plans for an online shopping club in his fast-growing native country.

Two months later, with financial support from the Swiss financier, Markafoni.com was born – a pioneer private shopping club in a country which now spends half a billion dollars a year buying clothing and accessories online.

“We had 10 minutes and we went to Burger King…That’s how it started. There’s a big risk in over-analysing stuff,” Hommels told Reuters on the sidelines of a conference on start-ups in Istanbul last year.

“Turkey is a very young and viral nation,” he said.

The e-commerce sector in this country of 75 million has boomed over the past five years, catching the eye of leading international investors and e-commerce giants such as South Africa’s Naspers, eBay and Amazon.

eBay initially invested in its Turkish clone GittiGidiyor in 2007, going on to buy almost the whole firm four years later, while Naspers bought 68 per cent of Markafoni in 2011.

According to a report on e-commerce in Turkey by consultants Deloitte, 17 merger and acquisition deals were closed last year. Nevzat Aydin, chief executive of online food delivery site Yemeksepeti, estimated foreigners had invested some $500 million in the sector over the past two years.

But most of the big deals have probably been done for now, and industry experts expect a period of consolidation as smaller e-businesses struggle to ensure their survival by scaling up and attracting heavyweight partners.

“There is a period of two years ahead of us which will be different to the past two to three years,” said Aydin, whose firm attracted a $44 million investment from U.S. private equity firm General Atlantic last year.

“Smaller firms will need to narrow their distance to the top ten. Firms with a valuation of $1-10 million need to grow – the number of small-scale firms is too high.”

At current growth rates Turkey’s population is set to overtake Germany’s, the largest in the European Union, by 2025. Per capita income has nearly tripled over the past decade, though the crisis in Europe slowed growth last year.

Shopping malls sporting luxury brands from around the world have sprung up in cities across the country to meet the demands of a rapidly growing middle class, but as Internet penetration rises, online shopping is proving just as addictive.

The country has over 35 million Internet users, and ranks seventh in the world for Facebook users, according to Socialbakers, a social media analytics platform.

Industry executives estimate at least 8-9 million people are shopping online with a turnover of some $7.2 billion last year.

Internet card payments for various purposes rose about 30 percent to 30 billion lira ($17 billion) in 2012 and are expected to more than double by 2015, according to Interbank Card Center, which collates data about card usage in Turkey.

According to calculations based on the data, Turks spent $450 million on clothing and accessories, $395 million on grocery and food shopping, and $2.1 billion on electronics bought online last year.

The shopping clubs draw in customers by offering them discounts on branded and luxury goods and sending them daily emails of the latest offers once they register.

“Women have discovered online shopping in the past two to three years,” said Burak Buyukdemir, founder of Etohum, an initiative that supports Internet entrepreneurs in Turkey.

“That was one of the most important reasons behind the boom in e-commerce. Private shopping clubs like Trendyol and Markafoni, their target audience is women.”

Online revenue in 17 major European markets, excluding Turkey, will increase from 96.7 billion euros ($129 billion) in 2011 to 172 billion euros by 2016, with an annual growth rate of 12 per cent, according to Forrester Research.

Turkey could see even sharper growth than more developed economies in debt-choked Europe. Meanwhile, its robust logistics and banking payment infrastructure make it more attractive for investment than many emerging markets peers.

But almost every e-commerce business in Turkey with annual turnover of over $30 million already has a heavyweight investor behind it, and there are not many potential targets left for newcomers, industry executives say.

There are hundreds or thousands of small-scale e-commerce firms, but many are too small to absorb big investments easily and lack distinctive business models.

“Some funds are willing to invest $200 million. Such large funds are coming to Turkey, but there’s no target.”

Turning a profit is increasingly difficult in a highly competitive market. Borancili estimated that all except the largest e-commerce firms in Turkey were in the red, and said margins had fallen sharply as firms tried to scale up.

That means foreign investors interested in entering Turkey may be best advised to remain on the sidelines for now.