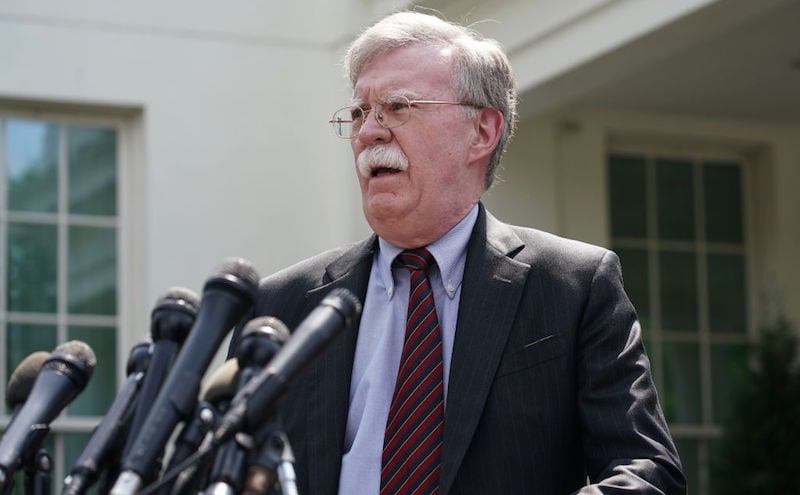 Trump’s national security adviser John Bolton arrived in the United Arab Emirates on Tuesday ahead of talks scheduled for Wednesday, he said in tweet, amid heightened tensions between Washington and Tehran.

“Just landed in the UAE. Looking forward to meeting with our Emirati allies tomorrow to discuss important and timely regional security matters,” Bolton posted on Twitter.

Tensions have risen between Iran and the United States after an attack this month on oil tankers in the Gulf. Washington, a close ally of Iran’s regional rivals Saudi Arabia and the United Arab Emirates, blamed the attacks on Tehran, which denied the accusations.

Bolton said last week that the United States had “deep and serious” intelligence on threats posed by Iran, without providing details.

Washington has deployed a carrier strike group and bombers and announced plans to deploy 1,500 troops to the Middle East, prompting fears of a conflict.

Separately on Tuesday Iran’s Deputy Foreign Minister Abbas Araqchi said his country was ready to engage in dialogue with Gulf Arab countries in order to address the escalating tensions during a visit to Doha, the final stop in a three-country tour that included Kuwait and Oman.

Saudi Arabia will host two emergency Arab summits in Makkah on May 30 to discuss the implications of recent drone strikes on oil installations in the kingdom, and the vessel attacks off the UAE coast.