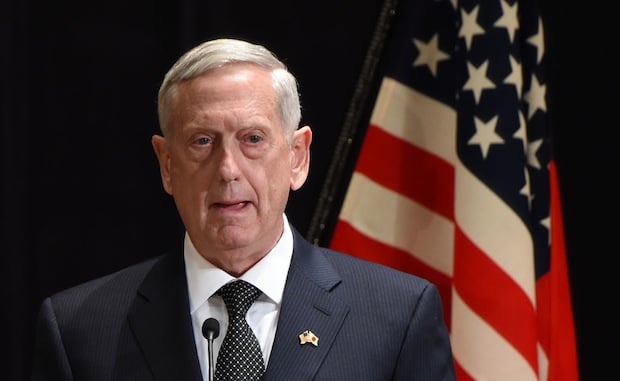 U.S. President Donald Trump’s defense secretary arrived in the United Arab Emirates on Saturday for talks with one of Washington’s closest allies in the Middle East.

Jim Mattis, on his debut trip to the region as Pentagon chief, was expected to meet Abu Dhabi Crown Prince Sheikh Mohammed bin Zayed al-Nahayan and U.S. embassy representatives. U.S. officials have not disclosed details about his agenda.

In late January, Trump and the Crown Prince spoke by telephone and the White House said they had discussed a proposal for safe zones for Syrian refugees displaced by the conflict.

Mattis, a retired Marine general who is reviewing U.S. war plans against ISIL in Syria and Iraq, is a familiar figure to Gulf Arab rulers.

A former leader of Central Command, which oversees U.S. military operations in the region, Mattis said in his Senate confirmation hearings that Iran was “the biggest destabilising force in the Middle East and its policies are contrary to our interests.”

Such views play well with Gulf Arabs, who hope Trump’s administration will check what they see as a surge of Iranian support for paramilitary allies in Syria, Iraq, Yemen and Lebanon and for fellow Shi’ite Muslims in Bahrain and Saudi Arabia’s oil-producing Eastern Province.

The United Arab Emirates is also a key U.S. ally in the fight against al Qaeda in Yemen.