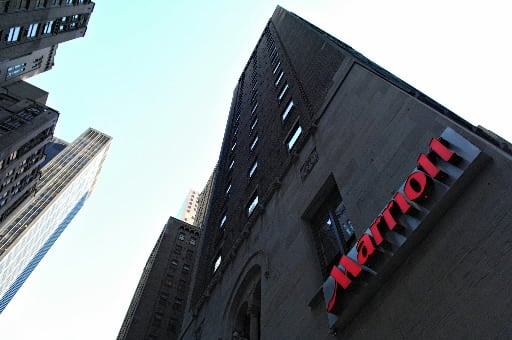 US President Donald Trump’s travel ban on citizens from several Muslim countries has resulted in a 20 per cent dip in visitors from the Middle East, according to the president and CEO of hotel group Marriott International.

Last month, Trump signed a revised executive order banning citizens from six Muslim countries from travelling to the US after his first attempt was blocked by the courts. The second ban has also faced similar legal opposition.

Speaking to reporters in Dubai, Arne Sorenson said “travel bans are not good, period”, predicting a sizeable impact on discretionary leisure travel to the US, with travel from Mexico also down 10-20 per cent.

He said the company was keen to emphasise to the US administration that immigration and travel are “different things” and was hopeful for more constructive discussions on the subject.

The president of Dubai airline Emirates said last month that bookings to the US dropped 35 per cent overnight following the initial ban in January.

In broader discussions on the Middle East region, Sorenson said he remained optimistic about the prospects of the Dubai market despite consistent falls in revenue per available room (RevPAR) and average daily rate (ADR) in recent years.

“If you look in the context of global RevPAR these are markets trading at remarkably high levels,” he said.

On Middle East markets and the impact of the strong dollar, Marriott International Middle East and Africa president and managing director Alex Kyriakidis said the company had sought to diversify away from impacted markets like the UK and Europe.

Now, 55 per cent of Marriott’s bookings in Dubai come from GCC nationals who are less impacted by dollar strength due to local currency pegs.

He also revealed the company’s new scale following its merger with Starwood Hotels & Resorts meant it would now seek cost savings including in associate housing, where it is eyeing plans to contract developers for larger accommodation projects with a capacity for 10,000 staff.

Marriott International Middle East and Africa has projected its combined portfolio of 52 hotels will grow to 80 with 23,300 rooms within the next four years.

Speaking of the deal, Sorenson admitted he was “surprised” the company prevailed following a counter bid from China’s Anbang Insurance Group but he was “really glad” it did because of the new clout it now has when negotiating deals.

Although Marriott has yet to speak to online travel agents like Expedia since the merger closed, it is expected to get a more favourable terms for commission than previously, he revealed.