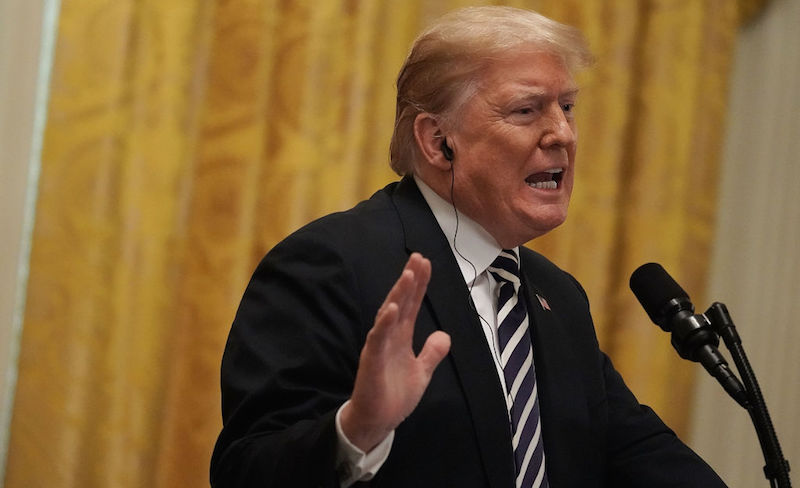 US President Donald Trump has thanked the UAE for helping release American oil worker Danny Burch who was held hostage in Yemen.

Burch was kidnapped by Houthi rebels in 2017 after taking his children to school in Sanaa.

Taking to Twitter, Trump confirmed that Burch was “reunited” with his family and “recovering”.

It is my honor today to announce that Danny Burch, a United States citizen who has been held hostage in Yemen for 18 months, has been recovered and reunited with his wife and children. I appreciate the support of the United Arab Emirates in bringing Danny home…

US secretary of state Mike Pompeo also thanked the Emirates for its support.

The U.S. welcomes the recovery of U.S. Citizen Danny Burch held hostage in Yemen. Thanks to our partners in #UAE, @StateSPEHA, @USAinUAE, and the Hostage Recovery Fusion Cell for their efforts. The safety of Americans is a high priority of the @realDonaldTrump Administration.

“The UAE is pleased to have been able to assist the US in facilitating Mr. Burch’s release,” the UAE embassy in the US said on Twitter.

In late January, Reuters had reported that Burch was taken to Oman on a flight along with other senior Houthi leaders.

According to media reports, Burch had moved to Yemen in 2003 to work there and was employed at the Yemeni Safer oil company.