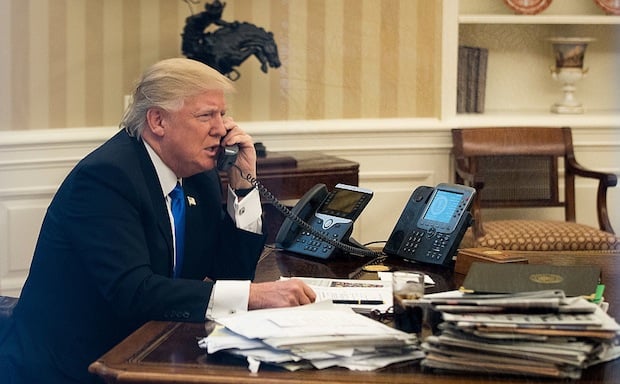 US President Donald Trump will speak to the leaders of Saudi Arabia and the UAE in separate calls on Sunday, the White House said in a statement.

Trump will first speak to King Salman of Saudi Arabia in the afternoon and then hold talks with Sheikh Mohammad Bin Zayed Al Nahyan, Crown Prince of Abu Dhabi and Deputy Supreme Commander of the UAE Armed Forces.

The talks follow an uproar in the Middle East over Trump’s policy to ban travellers from seven Muslim majority countries including Yemen, Syria, Iraq, Iran, Libya, Somalia and Sudan.

The move was strongly opposed by activists in the US, with many protests in airports across the country.

However, a federal judge in Brooklyn, New York, ruled that detained travellers would be allowed to stay temporarily in the US.

Trump told reporters in the White House’s Oval Office on Saturday that his order was “not a Muslim ban”.

“It’s working out very nicely. You see it at the airports, you see it all over,” Trump said.