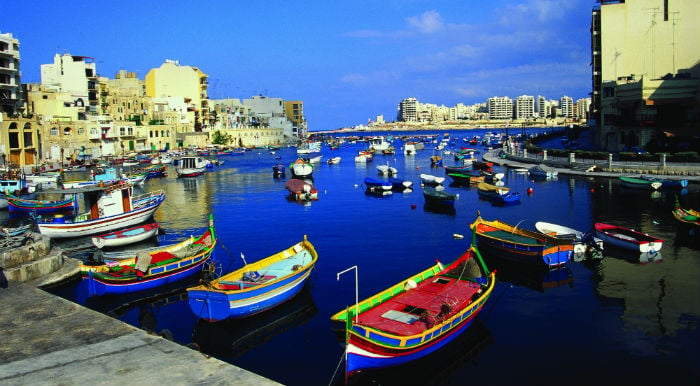 With a rich cultural and historic tapestry that dates back to the Sicilians, Phoenicians, Arabs, Romans and more recently the British, Malta is truly unique in its architecture, food and community life. An archipelago with seven tiny islands, Malta — around 100 km south of Sicily and 300 km east of Tunisia — appears like a beauty spot in the heart of the Mediterranean Sea. And, like most good things that come in small packages, Malta is a must-visit for any intrepid traveller.

Malta’s visage is dotted with archaeological treasures, as the island contains some of the world’s oldest prehistoric structures dating back to even 3,600 BC. A must-visit is ‘The Silent City’, Malta’s first capital city and a colonial settlement of Imperial Rome. Walking through its narrow cobbled streets, one feels the quietude of its brick buildings and century-old bastions that are sculpted by a mix of medieval and baroque styles.

Another impressive structure in Malta is the temple of Hagar Qim, which stands on a hilltop overlooking the sea and the islet of Fifla. It was excavated for the first time in 1839 and has many interesting aspects to it, the most notable being a decorated pillar altar.

It’s also rather exciting to take the three cities harbour cruise on a typical Maltese Dghajsa. Boarding the boat from the Birgu Water Front, you sail through a mosaic of history, observing the islands like Christopher Columbus must have.

From here one can proceed for a walk through the Collachio area in the old quarter, where the Knights had their inns or auberges, and which is the quaintest part of Vittoriosa, which is one of Malta’s oldest cities. Of course, no European country visit is complete without a stopover at the church of St Lawrence, which is the oldest church in Malta and, like most Maltese churches, is in the shape of a Latin cross.

Visiting Malta during Easter is highly recommended. The city seems to come to life with live processions, balconies decorated on every building, and still-life sculptures of Jesus at every corner shop. No other event captures the imagination quite as vividly as Good Friday for the Maltese, so there’s real delight in walking into the many homes that throw open their doors to complete strangers, and watching the pageantry’s and statue-bearers that spill out on the streets.

The jewel on Malta’s crown is the Blue Grotto. If you only have half a day to visit this island, then this is the place you cannot miss. A boat takes you to these caverns on the southern coast of Malta, and it feels like paradise as you watch the ocean floor through the clear blue waters and ride under the imposing rock roofs that tower over you.

For the bon vivant, there are very special and unique Maltese delicacies, like kwarezimal, figolli, ftajjar, Karamelli, hot cross buns and Pastarjali. What’s striking is also the ceaseless warmth and hospitality of the Maltese. Service during mealtime is leisurely and personalised, and the dining table — in typical Continental European style — peppered with epicurean conversation.

There are endless reasons to visit this perfect holiday destination: sunny beaches, warm climate, decadent food, stunning historic structures, affordability and more than anything else, savouring the simple joys of life.