Travel Review: Shades Under The Sun In Florida - Gulf Business 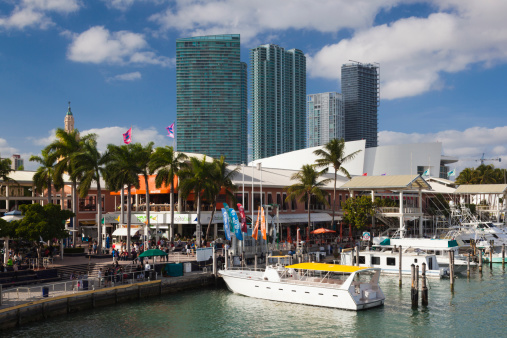 How do you fill up a week in Florida? For one, you can spend it at the beach. It is tough not to get lured into the warm waters, and onto the idyllic, palm-fringed beaches of Miami. But Florida is much more than that. It is a state of historic towns like ybor City, open air galleries, disney world (or the ‘Happiest place on Earth’), and more.

Any holiday in Florida has to start with Miami. And that is true for Americans and foreigners alike. “Miami has this exotic, foreign feel, even to me,” said an American friend, based in New york City.

It is not too hard to understand where he is coming from. Step out of Miami International Airport and the first thing you hear is the cacophony of different languages.

This blend is reflected in everything, from the tall swanky buildings to the colourful art-deco structures and a cuisine that is a bold mash-up of Latin, Caribbean and American. All mix together beautifully to make Miami feel like many different places, all at once.

Given that you cannot slot Miami into any neat little boxes, it would be wise to choose the wynwood Art district as a first stop. An area that was once filled with characterless warehouses is today the aesthetic capital of the state.

The Wynwood walls art movement started by Tony Goldman reflects his ambition to create something beautiful out of gigantic storerooms. Both simple and ingenious, the project uses the warehouses themselves as the canvas for street art.

Smack in the midst of a concrete jungle, Goldman, and the artists, make an explosive statement with colourful murals.

Following its inception, wynwood walls has become the largest permanent, outdoor exhibit in the world, where famous street artists from across the globe have been given a bare wall, and full creative freedom. The transformation is almost surreal, with the stroke of a brush working like a wand.

Today this once-drab neighborhood is a tourist hub. Every step takes the visitor to a new space – from a portrait of the dalai Lama to a caricature of an angry baby; from black and white sketches to colourful splashes; and from biblical scenes to modern life.

  It’s tough to take away a singular theme from these diverse pieces. But if there’s one thread that holds them together, it’s that of endless possibilities. All that is needed is vision and an ability to think outside the box.

The warehouses themselves often open up to make-shift art-galleries. Pop in to these confined spaces and you can watch an artist’s imagination takes flight, with the experiment that is Wynwood teaching that our minds cannot be chained and the outer world doesn’t define our inner selves.

After the art district, another beautiful place to head to is Ybor City, which is Tampa’s Historic Latin Quarter and once earned the tag of the ‘Cigar Capital of the World.’ It was here in the 1880s that cigar manufacturers held fort.

Immigrants from Cuba came from across the sea to roll cigars and make Ybor their home, but the Great Depression transformed the area into a ghost town. All that remained was the memory of the successful times embodied in the historic buildings. Until a century later, a few creative minds used hedonism to make the quarter come alive, yet again.

Nightclubs and bars popped up all over making for an exotic blend of Cuban architecture and Latino beats, even as dusty cigar shops beckon.

And the one lingering image from Ybor is that of a bright orange vintage car parked next to a red-brick building dating back to the early 1900s; a poster of Che Guevara gracing a diner window, while at an outdoor café a man smokes a cigar. It is easy to come away feeling displaced in a forgotten era, but the next adventure awaits.

Walt Disney World Resort Florida may seem like a venue exclusively for kids. But isn’t it grown-ups who need to escape reality? Where else can you find men in top hats and candy-striped suits, where role-play has no innuendo, and where pixie-dust is sold in stores.

The resort consists of several theme parks with visitors advised to begin their adventure at the most popular one, Disney’s Magic Kingdom, where a bevy of Disney princesses walk the streets and blow kisses to passers by.

The rides, made for younger kids, allow visitors of all ages to tap into their inner child. On ‘It’s a small World’, a whimsical boat takes passengers across a make-shift globe as papier-mâché children sing the familiar song and force adults to question racist beliefs that come subtly coloured in clichés.

On the ‘Prince Charming Regal Carroussel’, the cynic in you will give into the romance of ‘happily ever after’. While at the ‘Haunted Mansion’, eerie sounds and special effects make ghosts come alive, forcing you to question the intangible.

Epcot (Experimental Prototype Community of Tomorrow) is the second oldest part within the complex and it’s perfect for the geek in you (or your child). It explores scientific breakthroughs without the jargon and introduces complex issues such as particle physics in a sing-a-song fashion with the mechanics of spacecraft experienced via simulators. Look around and you will find the Sheldons, Leonards, and the Pennys having a blast!

But save the best for last with Universal’s Wizarding World of Harry Potter. Step into Hogsmeade with a snow-capped Hogwarts and its jumble of towers, sip on butter beers, have a wand choose you, try on the sorting hat, pray that the House of Gryffindor will have you, or just sweat it out in a game of 3D Quidditch. Better yet, seek some life advice from a hologram of Dumbledore.

No place in the world can cast a spell like Florida. It has that magical touch that can put you at ease with its laid back vibe, and yet make you question your way of life. It offers the perfect atmosphere to let your hair-down, and you take away so much more than just a gorgeous tan.