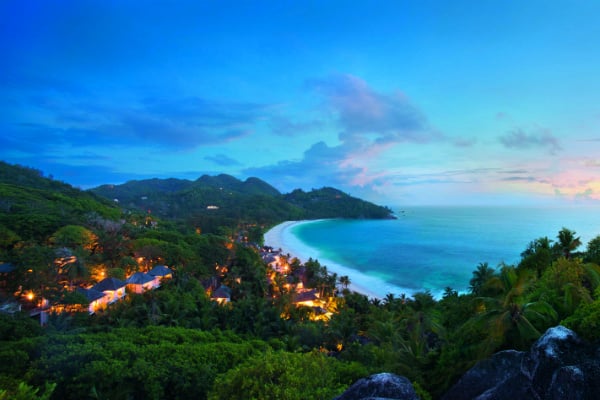 A thousand miles east of Africa and four degrees south of the Equator lie the Seychelles.

As well as being the oldest ocean islands on the planet, they are widely regarded among the most romantic. Made up of the peaks of a 1,000-mile-long plateau submerged in the Indian Ocean, huge pink and grey granite boulders erode into glittering quartzite beaches of the softest, whitest sand imaginable.

When General Gordon of Khartoum visited the islands in the 18th century he returned to London claiming he had found the original site of the Garden of Eden. Specifically, the Vallée de Mai on the island of Praslin where a prehistoric palm forest bears the largest seed on the planet, the Coco de Mer, a double-nut coconut so-called because it was originally thought to come from a tree beneath the ocean.

Such fanciful myths abound on these paradise islands, which were written about in awed tones by Arab, Portuguese and Indian navigators of the 16th and 17th century. Blown off course by the monsoon winds, these travel-weary men soon found themselves ashore on some of the 115 islands that make up the archipelago, half of which are low-lying coralline islets in the style of the Maldives, while the other granitic islands rise like mini-mountains out of the deepest blue oceanic seas.

Mahé, the main island, is just 26km from tip to toe. It has a tiny capital, Victoria (population 26,450), a mountainous interior of tangled tropical forest and over 60 of the world’s most exquisite beaches. Pirates like La Buse (‘The Buzzard’) used to roam the waters here, and there’s an off-map, castaway glamour to the place that is helped considerably by the arrival in the last decade of luxurious brands such as the Four Seasons, Banyan Tree and Raffles.

Miraculously, much of what these pirates and early navigators found – the forest covered mountains, the fish filled seas and the balmy flower-scented tropical air – survives intact, thanks to the forward-looking policies of the Seychelles government. These include designating over 50 per cent of the island’s land area and 30 per cent of the 500,000 square-mile marine territory as protected, helping to maintain an extraordinary environmental balance.

Preserving paradise comes at a price though, which is why the Seychelles pursues a cautious policy of low-volume, high-value tourism. Take the archipelago’s latest luxury opening (and these are rare when development is so strictly controlled), the Six Senses resort of Zil Pasyon on the private island of Félicité. The resort occupies just the northern tip of a 652-acre island, with 30 luxurious villas and 17 private residences nested in a tropical forest fringed by beaches where endangered hawksbill turtles come ashore to lay their eggs.

Zil Pasyon, or ‘Passion Island’, joins a highly exclusive club of dreamy, private-island properties popular with A-list celebrities and royalty seeking that most elusive luxury of all, peace and privacy. Run by the eco-conscious Wilderness Safaris, North has just 11 vast private villas and set a new paradigm with its environmental programmes and barefoot-luxury-living concept. 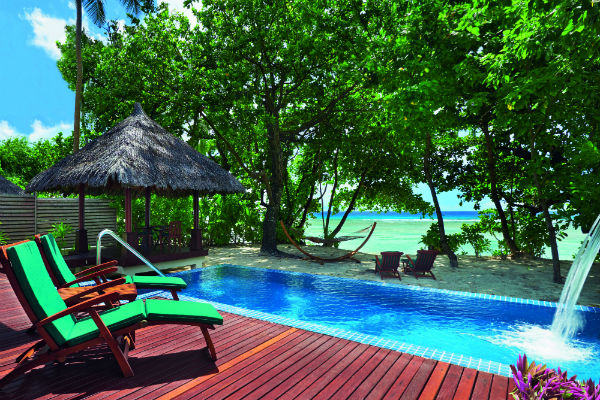 From North Island, you can spy the dramatic Mount Dauban that stands 751m tall on Silhouette Island. It is so high, steep and forested that it often attracts its own tropical downpours. Silhouette is the third largest island in the archipelago and over 90 per cent of it is designated a National Park, protecting most of the 75 or so endemic plants of the Seychelles, which can all be found here. It’s one of the richest biodiversity hot-spots in the Indian Ocean, home to endangered birds and rare sheath-tailed bats, which glide past the ocean-facing decks of the Hilton Labriz resort, the only property on the island.

Another exceptional private-island hideaway is Frégate Island Private. It has blazed a conservation trail by saving the Seychelles Magpie Robin from extinction and preserving the home of 2,200 giant Aldabra tortoises – giant reptiles that are now only found here on a few islands and on the other side of the world in the Galapagos.

Beyond Frégate is flat Denis Island – a sandy coral atoll with a low-tech, unplugged policy and record-breaking game fishing in the sapphire blue waters that surround it – and Cousin Island, which is a partner of BirdLife International thanks to its rare population of Seychelles fody birds.

The variety of the islands and their rich biota is just one of the pleasures of the Seychelles. Another is the islands’ layered Creole culture, which fuses African, European, Arab and Asian influences. Early Arab travelogues bear witness to their knowledge of their islands long before the Portuguese made the first recorded landfall in 1501. Since then successive expeditions of French, British, Chinese and Indian immigrants have added their customs, cuisine and traditions to the mix. Glimpses of this diversity are visible everywhere from the fusion food and hybrid Creole language – a mix of 17th-century French and African dialects – to the fabulously ornate, painted Hindu temple in the capital Victoria and La Digue’s joyful Feast of the Assumption in August.

As much as any holiday is down to the careful choreography of each hotel – its location, food and service – the real luxury of the Seychelles is the jaw-dropping loveliness of the islands themselves. Everything here seems bigger, brighter and more beautiful than it has any need to be. Take the island’s indigenous pineapples, which are improbable neon pink, or the fruit bats that hang like gliders in the soft evening sky.

Floating in my infinity pool at the Four Seasons, overlooking the perfect crescent moon of the Petit Anse bay, it seems as if time somehow overlooked these remote oceanic islands, and I was seeing, for the first time, the world as it once looked.