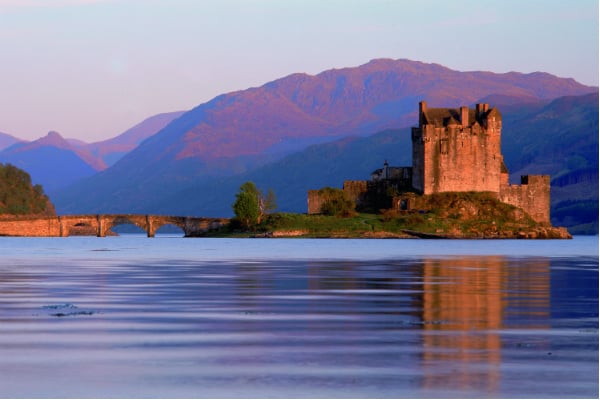 Regal and majestic, the lochs and mountains of the Scottish Highlands have a long and proud tradition of both defying and welcoming wide-eyed intruders eager to either dominate the ancient lands, or enwrap themselves in their natural splendour.

The Romans fell afoul of the natives’ staunch defences, and Proud Edward’s armies were famously sent homeward ‘tae think again’ in the 1300s – as immortalised in the country’s de facto national anthem, Flower of Scotland.

Despite this, Scottish hospitality is generally famous for its warmth, and has more recently been extended to the world’s royals – most notably the Vice President and Prime Minister of the UAE and Ruler of Dubai, His Highness Sheikh Mohammed bin Rashid Al Maktoum. The ruler’s 63,000 acre estate in the northwest of the country regularly receives the Gulf monarch, his family, and his many and varied guests.

And while His Highness’s 16-bedroom lodge – reportedly complete with four 65ft helipads, and all the amenities money can buy – might be out of reach for most of us visiting the country, there are still plenty of ways to make your holiday to the Highlands fit for a king or queen.

On the sovereign theme, where better to start than with the Highlands’ many and varied historical attractions?

A good place to start is one of Scotland’s most famous castles, Eilean Donan. Located on the meeting point of three lochs, and surrounded by stunning scenery, the castle is well known to many having appeared on screen in such movies as Highlander, James Bond film The World is Not Enough, and Elizabeth – The Golden Age.

Similarly romantic are the ruins of Urquhart Castle on the shore of Loch Ness – where you might be lucky enough to catch a glimpse of the famous yet elusive monster; and for literary buffs, Cawdor Castle in Narinshire will evoke Shakespeare’s MacBeth, being one of the landmark ‘Scottish Play’s’ principle settings.

For something more grandiose, the family seat of the Earl of Sutherland – Dunrobin Castle – will fit the bill. With architectural styles crossing Scottish baronial and French Renaissance, the perfectly manicured gardens are a particularly big draw if you are lucky enough to have good weather.

Across the water off the west coast is the Isle of Skye – an excellent choice for a day trip, especially if you can make it to the north of the island to visit the beautiful Dunvegan Castle.

The otherworldliness of the castle and of Skye itself is enhanced by the mystery and legends surrounding one of the heirlooms on display – the Fairy Flag. The flag is claimed to have been either a gift from the fairies to an infant chieftain hundreds of years ago, or a gift to a chief from a departing fairy lover. The yellow silk flag is alternatively said to have come from the Far East, the Crusades, or Viking armies, and is described as having magical properties that help to multiply a clan’s military forces, save lives, cure cattle plagues and increase fish stocks. Decide for yourself which version you’ll carry home with you.

The history of the Highlands is not confined to its castles, of course.

The complex passages of graves and standing stones that make up Clava Cairns take you back to the Bronze Age, while a trip further north to the Isle of Lewis will allow you to see the world-famous Calanais Standing Stones that still stand tall after a period of 5,000 years.

More recent historical landmarks include the haunting expanse of Culloden Moor – location of the battle, or massacre – of Culloden that put paid to the Jacobite rising of 1745, wiping out huge numbers of Highland men in the process. A trip out to the St Kilda World Heritage Site in the North Atlantic Ocean takes you to a lost and forgotten world, while the southern cities of Edinburgh and Glasgow offer museums, galleries and a myriad of cultural attractions. For a closer city experience, Inverness is small and manageable, with plenty of character and an endless supply of souvenirs to shop for.

One more trip back in time that shouldn’t be missed is a ride on The Jacobite – a fully operational steam train that runs from Fort William to Mallaig and passes through some of the most spectacular natural scenery you are likely to see. It also crosses the vast Glenfinnan viaduct – made famous by the Harry Potter films, and a must for fans of the literary series.

But it is really in its nature that the Highlands finds its fame. From the rugged splendour of the Cairngorms National Park to the golden beaches of Wester Ross, there is little wonder Sheikh Mohammed has established a vacation base here. 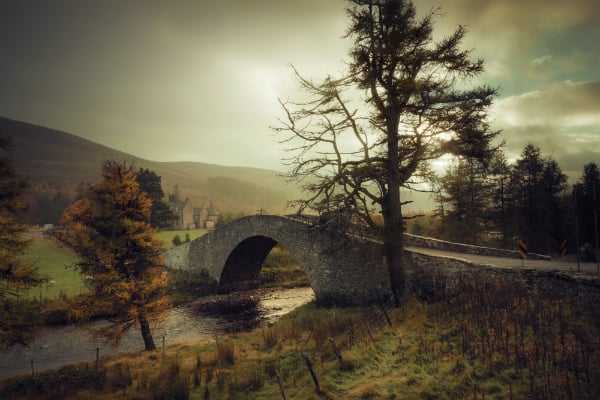 The National Park itself offers walking, climbing, biking, water sports, skiing, golfing, events, farmer’s markets, art exhibitions, hotels, restaurants, and much more. It’s worth checking online to find out what’s taking place during your visit, but regardless of the calendar the Cairngorms are a must visit.

Across the Highlands there are walks and climbs to suit all abilities and all ages, but for a more relaxing experience the lochs offer more level trails, not to mention picnic spots, quaint cafes, and places to simply stop and breathe in the fresh air. Loch Ness, Loch Marie and Loch Shin are among the larger ones, but with an estimated 31,460 freshwater lochs across the country, you’re never far from water.

Speaking of water, the Highlands has some of the UK’s finest beaches – many of which are hidden gems. You may not want to strip down to your smalls, given the temperatures, but the likes of Gairloch, Redpoint, Sandwood Bay, and the Sands of Morar are well worth a visit. Not to mention the breath-taking options further north in the Shetlands and the Isle of Harris.

The ethereal waters off the west coast also offer such activities as sea kayaking and boat tours – both of which bring you up close and personal with seals, puffins, porpoise and even the odd orca or two.

Wherever you go in the Highlands you are sure to spot some of the wild inhabitants such as otters, eagles, ospreys, grouse and pine martens. But if you want to come face to face with the most famous of them all – the mighty stag – wildlife tours are readily available.

Explorations don’t have to end at night, with some of the UK’s finest stargazing on offer. Dark Sky Discovery Sites in parts of Skye, Lochaber, and elsewhere offer views of around 7,000 stars – and the further north you go, the more likely you are to catch a glimpse of the bewitching Northern Lights.

If you’re looking for a more social evening activity, track down a ceilidh local to you. These cultural events include folk music, traditional dancing and storytelling, and are usually full of energy and plenty of laughs.

During your stay you should also try some of the more famous culinary delicacies. Haggis may divide opinion, but seafood lovers will be inundated with options – often taken straight out of the water. Shellfish in particular should be at the top of your menu.

Accommodation wise, take your pick from cabin to castle, with anything from tents and hostels to eco lodges and stately homes at your disposal.

And while you might not be staying on a royal 63,000-acre estate, the beauty of the Scottish Highlands means you’ll be surrounded by majesty wherever you go.