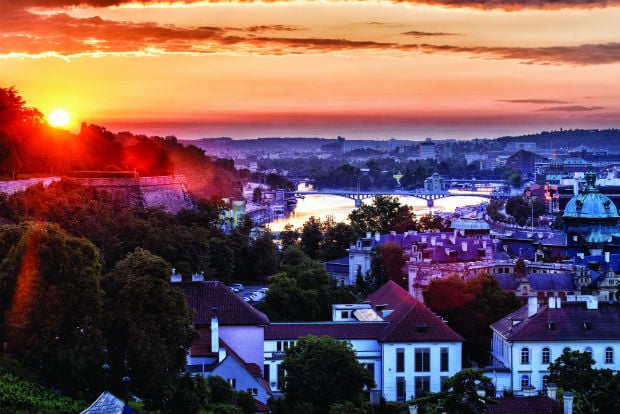 Nestled on the Vltava River basin, the Czech capital Prague is one of Europe’s hidden gems. A city that boasts architecture and history rivalling even the great capitals of Western Europe, but without the prices to match.

During the day history buffs will find themselves staring in awe at the gothic, renaissance and baroque architecture on display, while at night there are plenty of bars, restaurants and music clubs to keep revellers entertained.

Among the first places to visit for those drawn to tales of the past should be the Old Town Square, a United Nations Educational, Scientific and Cultural Organisation-listed site at the centre of much of the city’s history.

At its heart the square boasts a mound of stone and metal, with a striking statue of Czech religious reformer Jan Hus stood atop. A key predecessor to the Christian protestant movement, Hus was burned at the stake 600 years ago for heresy against the Catholic Church. Thankfully, today the only thing you are likely to see burned at the stake are cuts of meat cooked by the nearby street vendors and restaurants.

A few steps away you can find another of Old Town’s key attractions and meeting points, the Astronomical Clock. On the ground below, tourists gather a few minutes before the hour to witness the 15th century clock’s elaborate mechanisms. Every day on the hour, the same scene is played out on the clock’s upper section: death waves an hourglass, the 12 apostles shuffle past small windows and a rooster crows. Then, after the hour strikes, a Turk wags his head. Legend has it the king who commissioned the device blinded its maker so he could never repeat its beauty.

On the opposite side of the square, eyes are also drawn to the twin gothic spires of the Church of Our Lady before Tyn, centred by the golden image of the Virgin Mary. Inside, two of the most interesting features are the altar and the tomb of Danish astronomer Tycho Brahe – who died in 1601 of a burst bladder. Rumours suggest his condition followed a royal drinking session in which he was too polite to leave the table to relieve himself.

Such an end does not seem out of place in a country known for its beer drinking and there are plenty of bars, breweries and music clubs to choose from offering local Czech brews.

One can be found across the beautiful statue-lined Charles Bridge at the Castle District’s Strahov Monastery. Once you are done enjoying the splendour of the library and the painted ceiling of the monastery itself, you can enjoy the offerings of the nearby Monastic Brewery. The combination of local food and drinks produced onsite make it a must-visit. And, as the sun sets, you can exit through a nearby gate for great views across the city.

From here it is also a short walk to Prague Castle, the largest ancient castle complex in the world. Although do not expect to have much personal space with all the tourists it attracts. Previously the seat of power for kings of Bohemia and Holy Roman emperors, it is now the official residence and office of the Czech president. Inside are beautiful stained glass windows, chapels and tombs of royalty decorated with gold, silver and gems – the Czech coronation jewels behind a door with seven locks. Those willing to hike the 287 steps to the top of the bell tower will also be rewarded with excellent views of the surrounding area.

Alternatively if the uphill trek to the castle puts you off, further south on Dyer’s island is the Zofin Palace. An impressive building constructed in the 19th century that now plays host to concerts and other cultural events. Nearby a variety of rowing and pedal boats are available for hire. It is a great way to soak up the sights of the city. Whether you decide to sunbathe, race friends and family or explore the riverbank when your hour is up you will want to come back for more.

As night falls, Prague’s ancient buildings are revealed in a new splendour and many previously sleepy corners of the city come alive. There is something to match every taste. From those looking for a quiet meal with spectacular views of the city’s ancient architecture to a noisy music club where they can sing and dance the night away to 1980s and 90s pop music. Prices are generally affordable – although higher in tourist areas like the Old Town Square – and there is plenty of choice. The one golden rule is to explore. Some of the best venues can be found just a stone’s throw away from the main streets.

Then once you are done for the night, head home through the city’s ancient streets with the stars overhead – or the light of day if the late finish music clubs are your venue of choice. Either way, it is sure to be an evening to remember in one of Europe’s cultural gems.