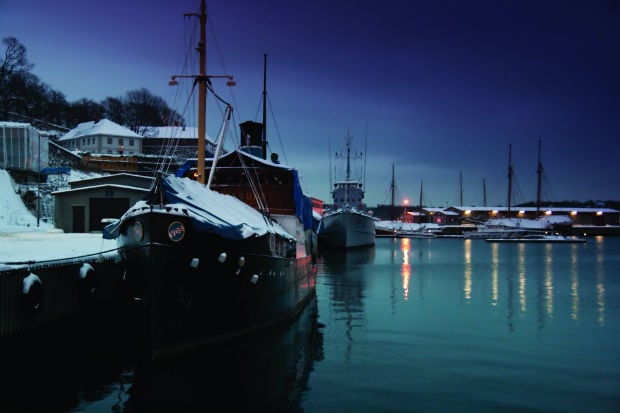 Oslo, Norway’s capital and its most populous city, has the dubious honour of being the world’s most expensive city for holidaymakers. That is coupled with the perception that it lacks the cosmopolitan appeal of other costly cities, such as tokyo, New york and london.

While this maybe true in parts, there is no denying the charm the city holds for a cross section of travellers – the adventure sports buff is offered an array of winter sports options and the artsy hipster has many museums and riverside cafes to wander into.

Summer is the most popular time to visit Oslo for its warmer climate and long days. As you would have heard, it never gets completely dark that far north in the midsummer. Winter in Oslo however has its own charms too. Temperatures hover below zero and the city is almost permanently covered with a layer of snow and ice, which gives an air of the magical, even though it makes walking a little perilous.

In the colder season, Oslo is a great spot for keen cross-country skiers, with excellent trails all over the city that are constantly in use – even at night when some of them are lit up – and which, whether you ski or not, make for a beautiful backdrop to the city. the city offers the avid skier the tyrvann winter park, which has 11 runs for downhill skiing, a very reasonably priced Olympic toboggan trail and numerous community jumps scattered around.

The Holmenkollen ski Museum and tower makes a fun half-day visit, too. the winding train ride up to the museum is beautiful, with some spectacular snow-covered lodges and pines on the way. The museum itself is aimed at real ski buffs, but it’s the acrophobia-inducing ski jump that will enthrall you. The jump has a lift up to the top from which the views of the city and beyond are unrivalled and are well worth the journey. Don’t panic once you reach the top though – there is no need to don skis to get back down, the lift works both ways.

Oslo has plenty of other non-sporty attractions as well including the Edvard Munch museum, which is home to more than half of the Norwegian expressionist’s entire life’s work of paintings and at least one copy of all his prints. Though his most famous work, The Scream, is on display in Oslo’s National Gallery – and is worth visiting for that alone – there is another version, created in tempera on cardboard on display in the gallery.

Another Norwegian artist celebrated throughout the city, but particularly in the very photogenic Frogner Park, is Gustav Vigeland. The Norwegian sculptor created 212 bronze and granite sculptures over an area of 80 hectares at the park and each one of them is worth your time.

While the shopping in Oslo may not be up to much – other than little gems such as Freia, which has sold Norwegian chocolate from its very quaint little shop on Karl Johan’s Gate since 1899 – the city lends itself well to walking and exploring, with attractions such as its 100 km of fjords, which are iced up and spectacular in the winter and, in summer make a great mini-break from the city, with numerous islands with beaches, history and culture.

The Norwegian National Opera and Ballet house gives stunning views over the fjords, particularly if you climb up onto the roof, which the building’s novel architecture allows. Situated nearby is the Akershus Fortress, a medieval castle built to protect Norway, which later became a prison. The architecture and history are fascinating, and it’s another excuse to wander around in the fresh, cool air of Oslo.

Afterwards, do stop for a spot of lunch along the Aker Brygge, a waterfront located south of the city hall, where the restaurants and cafes nestled along in old heritage buildings can’t be beaten. If seafood is to your taste, this is the area for you. Just don’t forget to carry a heavy wallet – like most things in Oslo, the best things cost some serious money.