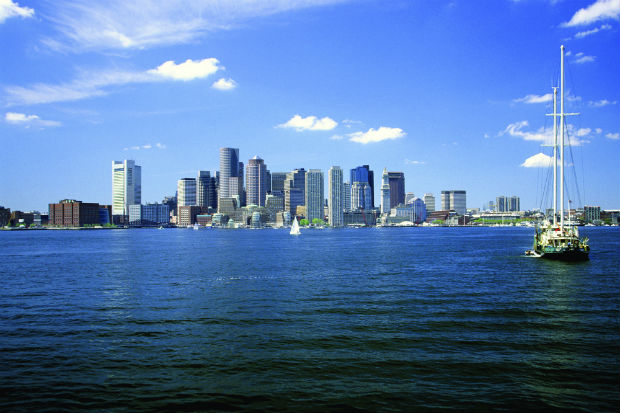 Including a visit to New York city when planning a trip to the US east coast seems like a no brainer. The Big Apple is almost always a suggested destination on account of its mythic vibrancy, its never-a- dull-moment reputation and the legend of its multiculturalism. Yet, there is another city on the east coast for which a case can and must be made for including in your itinerary: Boston.

The capital of the state of Massachusetts, Boston is the quieter, less flamboyant cousin, with a rich historic past and a vibrant culture of its own.

Amongst its many positives is the ease with which you can get around the city. The subway system, affectionately referred to as ‘the T’ by Bostonians, is a convenient, inexpensive, and more importantly, easy to decipher mode of transport that will get you where you need to be without the hassle. Pedestrian friendly, the length and breadth of this town can be traversed easily by public transport and your own two feet.

One of the oldest cities in the country, Boston played an important part in the American Revolution. You can visit 16 strategic sites associated with the independence movement along the two- and-a-half mile Freedom Trail that winds its way from the Boston common via the site of the Boston Massacre, across the Charles River, ending ultimately at the Bunker Hill Monument.

In keeping with the ideal of the revolution, the Freedom Trail is a self-guided walking trail. All you have to do is keep track of its painted red line or cobbled brick path.

Along the way, you might want to stop over at the North End neighbourhood. Housing the city’s lively Italian-American population, it is a culinary hotspot, replete with restaurants and bakeries guaranteed to slow your walking progress down. Leaving Boston without indulging in a cannoli or two at Mike’s Pastry is nothing short of sacrilege.

A short walk away is the unassuming New England Holocaust Memorial. An outdoor monument open to the public all day, every day, the memorial consists of six glass towers, each named for a different nazi extermination camp. The exterior of the glass towers are covered with the registration numbers of the six million Jewish lives claimed by the Holocaust. The memorial is evocative in its simplicity but its message is strong.

It isn’t just history that the city is big on, though. a multitude of arts and culture venues are accessible to anyone visiting Boston throughout the year. Among these is the stately neo-classical home of the Museum of Fine Arts (MFA). Housing a variety of art spanning different periods of time from across the world, including an impressive collection of Claude Monet’s work, the MFA also hosts music and film programmes from time to time.

The Institute of Contemporary Art demands a visit for its arresting architecture alone. Even if you don’t make your way in, stop by to marvel at the edges and angles of this imposing glass structure.

It won’t take long to realise that the city is teeming with young people. Boston and neighbouring Cambridge are home to some of the world’s best universities. A short ride on the T from South Station will get you to Cambridge, where the Harvard and MIT campuses are.

A vibrant neighborhood, quaint in its architecture and lively when it comes to its nightlife, Cambridge lives up to its reputation as a college town. You can easily lose yourself in the sprawling campuses of both institutions, but there’s almost always a helpful student around willing to send you in the right direction.

Many more restaurants, clubs and bars are to be found in and around the Harvard Square and Central Square areas catering to eclectic tastes in music, cuisine and ambience.

If it isn’t club music that interests you then a visit to the Boston Symphony Hall is most certainly worth your time. Depending on the time of the year you choose to visit, and the availability of tickets, stopping by for a performance promises to be a highlight irrespective of your taste in music.

The ambience of the hallowed hall and the experience of attending a musical rendition on such a magnificent scale are breathtaking. If you plan your visit right, you can get reasonable tickets and free tours of the Hall.

Beyond the ticketed events and tours, there’s enough and more to explore in Boston without an associated exorbitant price tag. The Boston Common, the oldest community park in the United States, features performances by the Commonwealth Shakespeare Company open to the public for most part of the year.

At the Christian Science Plaza you can make your way into the world’s largest globe at a nominal fee at The Mapparium. The model is built to scale and is a journey back in time in many ways.

Boston is packed with surprises. It’s as easy to get on a subway train and find yourself surrounded by enthusiastic Red Sox fans heading to Fenway Park to watch their team play, as it is to walk a few blocks from the Financial District and find yourself in the middle of Chinatown tucking into some authentic fare.

The city is enigmatic, vibrant and multicultural and a fantastic choice offering the essentials of a great holiday. Just make sure you take the weather into account before planning a trip, because when it comes to season, Boston offers you a little of each.