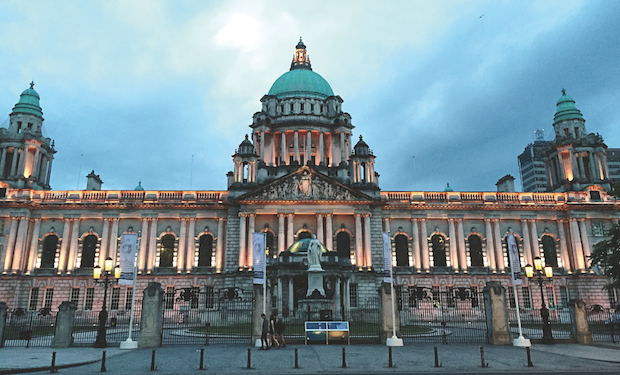 While the Republic of Ireland easily takes the lion’s share of the emerald isle’s tourist numbers, its neighbour in the north is a hidden gem that travellers to the far west of Europe should make an effort to discover.

The ratio of 7.6m tourists in the south to 2.3m in the north somewhat belies Northern Ireland’s allure as a holiday destination, full as it is with stunning natural beauty, a rich history, fine food and a number of diverse attractions.

The once picturesque city centre may be past its Victorian heyday but traces of its beautiful architecture and thriving trade, industry and academia give Belfast a certain charm, grandeur and dignity that have stood firm despite the challenges of economic decline and the destructiveness of sectarianism.

There are several fine examples of the city’s rich history to enjoy, ranging from the City Hall to the brilliant Ulster Museum and the bustling St George’s Market, where you can pick up tasty treats, hear live music and enjoy some local colour early on weekend mornings. Get there early to make the most of the fresh fish, caught that morning from local waters.

One of the biggest draws for tourists is surely the Titanic Quarter – located at the docks where the iconic yet doomed ship was designed and built prior to its maiden and only voyage in 1912. A state of the art visitor centre brings the history of the Titanic to life, nestled in one of Belfast’s most recently rejuvenated areas and, as a consequence of history, one of its most famous.

More living history can be found at the family-friendly Ulster Folk and Transport Museum – a short drive out of the city centre and close to the artistic town of Holywood. It’s worth stopping into organic café and grocery, Camphill Home Bakery for a hearty homemade lunch. As well as serving good food, the café does good work, run – in its own words – as an ‘integrated urban community that provides work and life opportunities for people with learning disabilities and/or special needs to lead independent, inclusive and meaningful lives within the wider community’.

On the other side of Belfast – visible across the water from Holywood – is Carrickfergus Castle. It may not be the grandest castle in the area – the mountainside Belfast Castle surely takes that crown – but it is a fun and manageable attraction for children. The shoreside walk along nearby Whitehead is also worth the drive, especially given its beautiful views of the lough and out to sea.

Other attractions around the city include the sprawling Belfast Zoo, multifaceted Metropolitan Arts Centre, lively nightspot the Cathedral Quarter, and the Botanic area – home to the famous Queen’s University and the beautiful Botanic Gardens.

But for some seriously memorable experiences you need to head out of the city and into the lush green beyond.

The coastal road itself is worth a day out, with stunning scenery along the way, but there are certain stops that guarantee your camera is never far from your hands.

The Glens of Antrim – a series of nine sweeping valleys that punctuate 80 miles of rugged cliffs – are a major tourist attraction. A paradise for nature lovers, don’t be put off by the number of visitors as the vastness of the area means you’re rarely bothered by fellow walkers. Be careful of the weather though, as rainfall and muddy terrain might put off unseasoned trekkers. 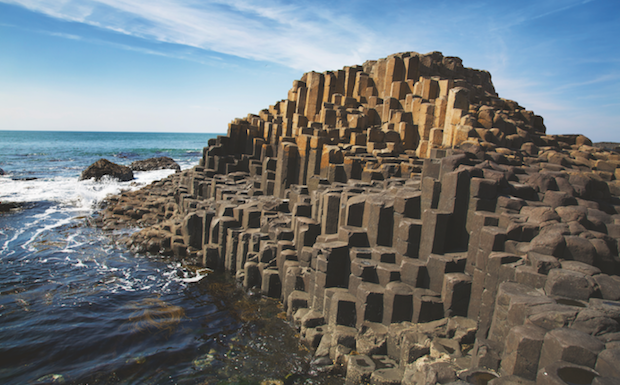 Equally heart-stopping, but completely different, is one of Europe’s most unusual natural phenomena – The Giant’s Causeway.

Legend has it that the Irish giant Finn MacCool challenged Scottish giant Benandonner to a fight, and threw chunks of the Irish coast into the sea to create a causeway between the two countries before Benandonner ripped up most of the path as he fled in retreat.

A wonderful visitor centre will have you buying into the story, and an audio guide around the National Trust site will fill you with more local tales, traditions, geography and geology in what is surely one of the best days out in Ireland.

On the same day try to visit the ruins of medieval Dunluce Castle as well as Carrick-a-Rede Rope Bridge, which is a test of nerves and another way to experience the country’s natural beauty. If you’re lucky, you might even catch a hint of the Northern Lights, which have been known to descend over the north of the island.

South of Belfast, make sure you take time to visit at least part of Strangford Lough. Britain’s largest inlet is a Marine Conservation Zone and a Special Area of Conservation, with abundant wildlife and some picturesque villages around its shore. Popular for boating and fishing, you could easily while away the hours on the water or on land, especially at country estate Mount Stewart.

Some of these areas, and others around Belfast, should be familiar to fans of TV series Game of Thrones, which was filmed in various locations here. Tours are available, promising to give you the full Thrones experience.

Other trips further afield can include rugged Donegal, the imposing Mourne Mountains and the capital of the Republic of Ireland, Dublin, which is a two hour drive away and the likely arrival point for visitors who can’t fly directly to the north.

Food-wise you can expect some high quality experiences, but you can’t leave without getting your fill of fish and chips.

Options on this front are plentiful, but my own experiences push me to recommend either Mourne Seafood Bar or Made in Belfast – both in the city centre – or Pier 36 in nearby Donaghadee.

Upmarket options such as restaurants by celebrity chef Michael Deane and The Great Room Restaurant at the impressive Merchant Hotel rub shoulders with healthy eatery Raw Food Rebellion and the chic Salt Bistro – all worth a try.

The city’s café culture is also thriving, with Clements, Established Coffee, The Thinking Cup, La Casa and 5A all worthy of honourable mentions.

For accommodation, there is enough to cater for all tastes and budgets. The aforementioned Merchant Hotel and Malmaison are firm favourites for those looking at the upper end of the scale, with plenty of mid price and budget options across the city.
Overall, Belfast and Northern Ireland in general is something of a hidden gem. With a sense of adventure and a willingness to explore, you won’t fail to fall for the northernmost part of the Emerald Isle.