How Trading Forex Is Like Following Football - Gulf Business 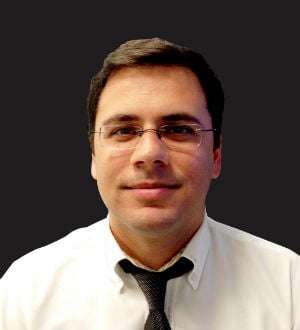 Forex can sometimes seem like a totally alien world to the fledgling trader who’s just learning to navigate his way through the technical lingo, ever-changing stats, and multiple strategies that go into trading. A seasoned trader, however, knows that with time all these terms and information become second nature, and roll off the tongue just as easily as a conversation about the latest football match at the local pub. In fact, forex shares quite a few similarities with football that help explain, I believe, part of its appeal.

The Pairs of the Competition

Just like you can’t have a football match with just one team on the field, you similarly can’t have a forex quote with just one currency in the equation. Every time you think about entering a trade, you are essentially deciding which of the two competing economies in a pair you think will ‘win’ the match and by how many ‘goals’, which in forex are called pips.

The Importance of the Leader

Any football fan can tell you that the success of a team depends not only on the performance of the players in the field, but also on the decisions of the coach and his assistants at the sidelines. An economy may not have a coaching crew per se, but it does have a central bank committee that makes the decisions on how to ‘play’ a certain economic situation, so that its currency may come out on top.

Just as football fans closely monitor which players a coach will put in or take off the field in order to win the game, so forex traders closely monitor the announcements made by the heads of central banks in order to see which financial tools (such as bank rates, quantitative easing, etc.) they will use to ‘win’ the financial game and avoid a crisis.

Outside the field, football fans keep track of various events that can affect the make-up of their team: which players are injured, which are to be sold or bought, what the weather conditions might be like for the next match, etc. Similarly, traders monitor news and financial events that can affect a local, or the global, economy (such as natural disasters, wars, the scarcity or abundance of certain commodities, unemployment rates, etc.) in a practice known as fundamental analysis.

But not everything about a team or an economy comes from outside forces or peripheral decision. Football fans also know an incredible amount of statistical details about their favorite players: how many games they’ve played, their success rate for shots on goal, their height, weight, and speed in the field, and much, much more. All these details can help them determine the future performance of players and predict the result of an upcoming match.

Forex traders group this sort of part-performance information under the term technical analysis, and like to map it out on charts. Experienced traders can see trends in prices, foresee reversals, and gauge the future performance of a currency pair based solely on its historical data and statistics.

Only as Good as the Last Performance

Regardless of its historical record, a football team is only as good as its last performance. Having won the championship for five years in a row is of no help to a team that’s just lost the last five matches. What happened in the past belongs in the past; football is played in the moment. And the same goes for forex.

Just because an economy has historically performed well, it doesn’t mean that its currency won’t tank when faced with a crisis. A currency is only as strong as its last quote. Historical data can be helpful for putting the bigger picture into perspective, but trading always happens in the now, and decisions must be taken based on the current data available, not historical records.

The Dangers of Mob Mentality

You don’t need to be a football fanatic to know the adverse effects that mob mentality can have on fans. While forex traders don’t necessarily get physical when tension rises, they, too, can fall prey to mob mentality. When traders begin taking decisions based on the exaggerated hopes or fears of the market, rather than the cool observances of their technical and fundamental analysis, they can wreak havoc on their trading accounts.

As you can see, forex trading is just as interesting and thrilling as football, with many decisions, stats, and players coming into play. If all the information, data, and events of the financial markets seem overwhelming to novices at first, experienced traders know that it is all this information, data, and the market’s developments that make the game exciting and hold the key to the success. Once you get the ball rolling, it all starts to make sense.

Disclaimer: The content in this article comprises personal opinions and ideas and should not be construed as containing personal and/or other investment advice and/or an offer of and/or solicitation for any transactions in financial instruments and/or a guarantee and/or prediction of future performance.

ForexTime Ltd, its affiliates, agents, directors, officers or employees do not guarantee the accuracy, validity, timeliness or completeness of any information or data made available and assume no liability as to any loss arising from any investment based on the same.

Risk Warning: There is a high level of risk involved with trading leveraged products such as forex and CFDs. You should not risk more than you can afford to lose, it is possible that you may lose more than your initial investment. You should not trade unless you fully understand the true extent of your exposure to the risk of loss.

When trading, you must always take into consideration your level of experience. If the risks involved seem unclear to you, please seek independent financial advice.