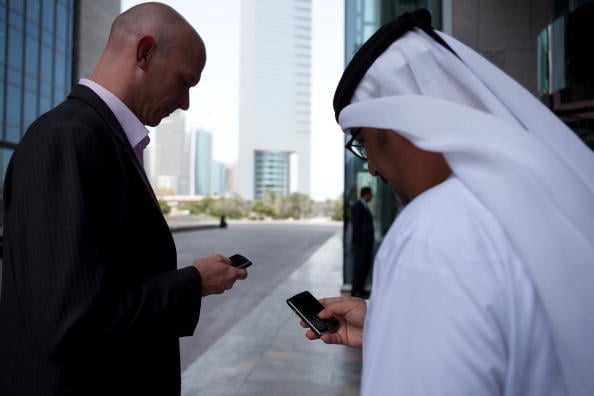 Launched during the ongoing Gitex exhibition, Coverage is a smart system that has been developed by the TRA for field scanning, testing, measuring and analysing the user experience of services provided by network operators.

The system is installed in a tailor-made car, which will be sent out to the field to collect data and simulate user experience in various public places. The information collected will be transmitted to the monitoring room- constructed by TRA to display information from these trips. It will then be analysed and later relayed to operators.

Coverage cars will only be deployed when TRA receives complaints from users on social media channels. Once the TRA notes the problem, action will be taken to improve these services.

“Coverage serves our strategic vision as it contributed effectively in protecting subscribers and elevating service levels through enhancing the telecommunications services quality in the UAE, in addition to tackling of issues and damages promptly,” said TRA’s director general Hamad Obaid Al Mansoori.

Coverage will only be used to test services on mobile devices, the TRA added.

The results collated by Coverage will not be relayed to users at present as it is still in the early implementation stages. But the TRA is mulling about publishing the data at a later stage to users as well, a senior official said.

“Everybody is using mobile nowadays to conduct transactions so it is important that we offer them that quality, especially on data,” said TRA’s director of technology department Saif bin Ghalaita.

“The TRA has a benchmark and we will see if the operators are meeting that and then create a competition between both on who is better.”

Ghalaita added that coverage will help TRA identify the strengths and weaknesses of both operators.

“There are a number of key performance indicators for both operators. One operator might not be very good at some KPIs and we might have to specify what they are in many cases. Etisalat is good at certain aspects while du is good at certain things. How that will impact the users is the fact we are looking at. If people are interested in watching YouTube or video streaming, we will be able to tell you which network is better,” he said.

The official also added that with the help of Coverage, the TRA will be able to match network compatibility issues with handsets.

“Will iPhone perform similarly with Etisalat as it does with du? No, because both of them have different equipment and this has an impact. That is why you have handset updates every once in a while to make it more compatible with the operators. We are in touch with all handset manufacturers in the UAE who come to us for approval for various things and we can correct this if such issues are brought to our notice.”

On the TRA’s future plans, Ghalaita said that the agency is planning a number of features to ease customer experience. He did not specify any initiatives but said that they will be introduced early next year.