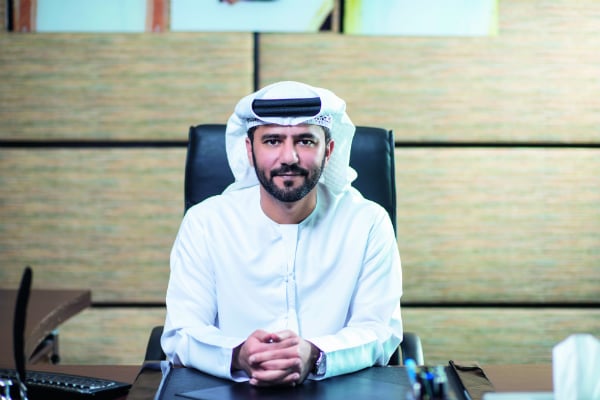 Last June, something exceptional happened in Abu Dhabi. As part of its 56-day route from Barcelona to its homeport in Shanghai, The Majestic Princess, one of Princess Cruises’ newest ships, made its maiden call to the Cruise Terminal in Zayed Port in Abu Dhabi.

The vessel’s arrival marked the close of Abu Dhabi’s longest ever cruise season, which usually ends in late April or early May; yet another milestone for the development of the tourism industry in the emirate.

Extending the life of the season by one more month means more hotel bookings, more footfall at museums and attractions, and more meals served at restaurants; all of which puts a positive light on job creation, economic growth and new business opportunities for the sector.

The significant investments made to upgrade Abu Dhabi’s ports infrastructure and tourism offering are paying off. Thanks to partnerships with Abu Dhabi Tourism and Culture Authority, the emirate is on track to build a world-class cruise hub in Abu Dhabi.

The success of the recent cruise season is just one example of the contributions that the maritime industry is making to support the delivery of the Abu Dhabi Economic Vision 2030.

The impact that shipping has on our everyday lives is often overlooked. However, over 90 per cent of the food we eat, the clothes we wear and the electronics we use, at some point or another, are carried by sea. Shipping is increasingly becoming the most energy-efficient transportation mode for long distances.

Last December, Khalifa Port, the flagship port of Abu Dhabi, celebrated its fifth anniversary. From humble beginnings, the port has grown to become the first semi-automated port in the region and one of the fastest growing ports in the world. By 2019, it will hit the 6 million twenty-foot equivalent unit (TEU) mark.

In a context of fierce global competition, the roadmap to growth will include a truly unrivalled service offering. Today, Khalifa Port’s cranes are capable of making 33 moves per hour compared to a global average of 25. Trucks only need 12 minutes from the moment they pick up a container to the moment they exit the port to continue towards their final destination. Last year, the turnaround time was 16. Every minute and every second counts when it comes to making ports faster, smarter and more profitable for customers.

Currently Khalifa Port is working on deepening its main channel to handle the world’s largest ships. Late last year, we broke ground for the CSP Abu Dhabi Container Terminal following an agreement that was signed with COSCO Shipping Ports Limited, the largest Chinese shipping line. The company chose Abu Dhabi as the base for their operations in the GCC region through a 35-year concession agreement with Abu Dhabi Ports. Once fully operational, the new terminal will double Khalifa Port’s annual container capacity.

The additional terminal, which will include the largest Container Freight Station in the region, will also ease the way for companies seeking to establish, expand or enhance their trade by using local manufacturing, warehousing or logistics operations within Abu Dhabi and, through them, service regional, Middle Eastern, African and international markets.

The success of Abu Dhabi’s maritime industry in 2017 lays the foundation for a new wave of growth in the emirate’s free trade zone, Khalifa Port Free Trade Zone, and the Khalifa Industrial Zone Abu Dhabi (KIZAD). Indeed, in July five Chinese companies from the Province of Jiangsu signed lease agreements to invest over $300m in the port’s adjacent free zone, the largest in the region.

The route to a sustainable economy and a bright future starts with diversification. Today, tourism, trade and industry are contributing to making Abu Dhabi’s economy more diverse and more dynamic.

In 2016, Abu Dhabi Port’s businesses contributed to 3.3 per cent to the emirate’s non-oil GDP. The ambitious vision is to double, triple, and quadruple this number. It is clear that the bar is permanently set high, especially with the recent announcement of the UAE being the only nation in the Middle East to win a seat in category B of the International Maritime Organisation, which allows the country to take an active role in international maritime regulatory affairs.

Overall it is a bright future for Abu Dhabi and the UAE, who are well on their way to joining developed and outstanding nations in economic growth.