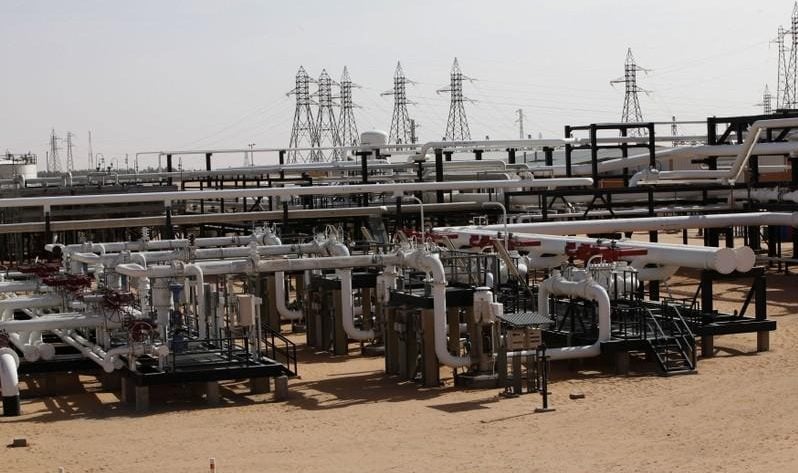 Total is buying Marathon Oil’s minority stake in the Waha concessions for $450m, according to a statement by Libya’s National Oil Corp. The Paris-based producer has committed to invest an additional $650m in Waha and boost capacity by 180,000 barrels a day, NOC said.

“After successful negotiations with Total, I am pleased to report that NOC approves this deal,” the state company’s chairman, Mustafa Sanalla, said in the statement.

Total chief executive officer Patrick Pouyanne said in a statement the company would “engage resolutely with NOC and Waha Oil Company in order to invest, optimize the infrastructure and develop new reserves for the benefit of all parties.”

Libya has Africa’s largest proven oil reserves and relies on crude for most of its revenue, but it has been convulsed by violence since the 2011 overthrow of dictator Moammar Al Qaddafi. The conflict has caused repeated outages in oil supply. Output from the El-Feel oil field in southwestern Libya halted earlier this month in what Sanalla then called a “criminal” act.

The French giant, which has a long history of operating in Libya, said in March last year it had acquired Marathon Oil’s 16.3 per cent stake in the large Waha Concessions but the NOC has since then said the deal was still pending approval.

Libya is exempt from the output cuts that the Organization of Petroleum Exporting Countries and its allies agreed last week to extend until the end of March. The country currently produces 1.1 million barrels a day and plans to ramp up output to 1.5 million barrels by the end of 2020, Sanalla said last week.