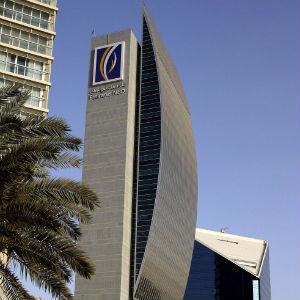 Analysts said the results pointed to steady future growth in a sector which in recent years has been hampered by high provisioning, in particular on exposure to Dubai state-linked entities.

The UAE’s First Gulf Bank (FGB), the second-largest of the three, reported a 14 per cent jump in profit for the three months to June 30, compared with a year ago.

“They were about as good as was realistically expected, with FGB slightly better and NBAD maybe slightly softer than what would have been perfect,” said Ibrahim Masood, senior investment officer at Dubai-based Mashreq.

“Overall, they were encouraging though and there was nothing in there to make us go ‘hmmm’, which is quite significant from an investors’ perspective.”

NBAD, the largest lender by market value in the UAE, posted a two per cent rise in quarterly profit due to higher net interest income.

ADCB topped forecasts thanks partly to steeply lower provisions, although profit for the quarter was 45 per cent down year-on-year because of a one-off gain booked in Q2 2011 from the sale of a 25 per cent stake in Malaysia’s RHB Capital.

Impairments at ADCB dropped 47 per cent year-on-year while provisions at NBAD fell 13.2 per cent in the first six months of 2012 compared with the same period last year.

“Noone likes to judge on quarterly numbers as most banks save big write-offs until the end of the year but what we’ve seen on loan losses is encouraging and indicates stability,” Masood said.

ADCB lifted net interest and Islamic financing income by 34 per cent in the second quarter over the same period in the previous year while NBAD grew 4.6 per cent in the first six months of the year in the same segment.

The growth in net interest income at FGB was sustained by the increase in loan volumes, according to Naveed Ahmed, senior financial analyst at regional broker Global Investment House.

FGB posted a 6 per cent jump in loans and advances in the first six months of the year, with NBAD also reporting a 2.1 per cent increase in the same period.

The rise comes at a time when lending in the wider United Arab Emirates’ banking system has been subdued, growing only 0.3 per cent over the first five months of this year, according to the latest figures from the central bank.

Increased regulation on consumer lending and a cap on exposure to sovereign and state-linked borrowers was expected to keep lending growth minimal, following on from flat growth in the first quarter, a June report from Bahrain-based SICO Investment Bank said.

However, a reduction in lending into the region by European banks caught up in the euro zone sovereign debt crisis has left room for local banks to expand their market share.