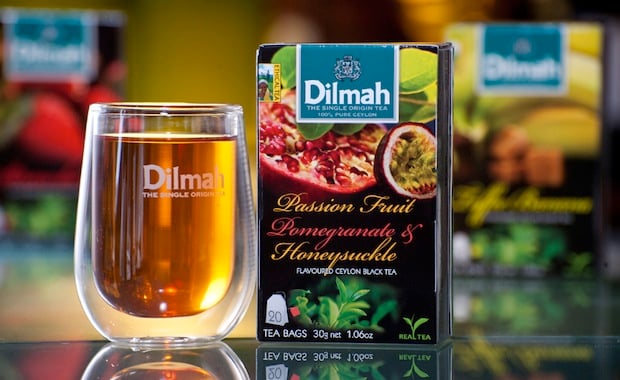 Dilmah, one of the top 10 tea brands in the world, is now eyeing expansion across the GCC region with its new lounge concept, according to a senior official at the company.

The company recently opened its first upscale t-Lounge in the UAE in Dubai’s Ibn Battuta Mall and plans to open another before the end of the year in Abu Dhabi, confirmed Dilhan Fernando, director of MJF Holdings, which owns and operates the Dilmah brand.

There are seven outlets planned in the UAE over the next three years and the company is also scouting locations in Bahrain, Saudi Arabia and Oman. It already operates two lounges in Kuwait, with a third under development.

The lounge offers tea in various forms, with the drinks priced between Dhs25 and Dhs50.

Dilmah is targeting the region’s younger generation and those seeking the luxury that tea offers, according to Fernando.

“I think the wider economic situation doesn’t really impact us – because tea is an affordable luxury – this is an environment where you don’t need to spend huge amounts to have that luxury,” he told Gulf Business.

“Tea has unique relevance today – even much more so than when it was first discovered – because it has natural anti-oxidants to protect people against health conditions such as dementia, cardiovascular diseases, stress and so on,” he explained.

But he acknowledged that with coffee traditionally and historically an important part of this region’s culture, tea does face a stiff challenge.

“I think tea hasn’t reached its full potential here because of the lack of knowledge. We hope to increase awareness and in doing so I don’t see coffee as a competitor – I think they work well together. I think they are compatible beverages. I’m very optimistic,” he added.

On the retail front, while Dilmah has been in the region for the last 10 years, it continues to face tough competition from companies such as Lipton and Alokozay – which provide a range of promotional offers.

“Our investment is in the quality of our product, so our commitment is to provide pure Ceylon tea. Ceylon tea is the most expensive tea in the world by a factor of about three,” Fernando explained.

The tea is handpicked and goes through a rigorous process before it is packaged for sale.

“Ultimately the gifts the customer gets [in any promotional offer] – they are not really gifts; you pay for the gift in the price of the product. We don’t have that luxury, and even if we had the margins to be able to do things like that, we would be investing in the product’s quality,” said Fernando.

“The issue is that in this very hostile environment, it’s not about the tea, it’s about what gift the customer receives. For us, we talk about the tea, that’s what we do. Our investment is in that and we give the customer the best tea for what they are paying. We don’t want to sort of bribe customers to buy our product.”

He added: “So probably it will be very difficult for us to be a household name in this environment but I think the scenario is changing. As people come to realise the health benefits of tea, they will recognise that they shouldn’t be looking for gifts or deals but instead invest in good tea.”