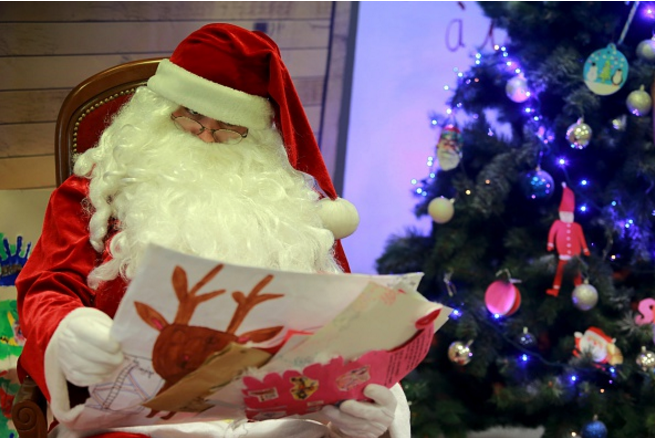 Enjoy the festive season of Christmas by watching a musical of the classic film Miracle on 34thStreet. The musical recounts the cheery tale of Kris Kringle, a bearded old man, who takes on the role of Santa Claus at an outlet store in New York City. Follow Kringle in the tale as he meets a young girl – Susan and helps her realise her dreams during Christmas. Held at Madinat Theatre, the musical runs till December 30. Tickets for the balcony seats are priced at Dhs 155 while stalls are priced at Dhs 180.

If you are a Dubai resident, do not miss out the festive activities and decorations at Wafi Mall during December. The mall has a Santa’s Grotto and a host of activities during the month, including a mini bazaar, entertainment and games. Events at Wafi Mall will be held between 8.30am to 11pm from December 18 to December 24.

However, even if you miss the week’s events, you can catch the light and sound show which runs from December 1 to January 6, 2016.

Daily Christmas activities will be held at the lawn of Emirates Golf Club from December 23 to December 26 from 3.00pm to 12.00am. The entry to the event is free. Activities include tree lighting ceremony, Santa’s Grotto, a food village, a Christmas Bazaar, a kids’ zone, a light show and live music.

4. Walk through the Souk Festive Market at Madinat Jumeirah

Dubai hosted a number of Christmas markets in the first few weeks of December. But if you missed them, head to Souk Festive Market at Madinat Jumeirah to get a dose of festive cheer. The market runs from December 17 to December 27, 2015. Activities include a North Pole train, an ice rink, Santa’s Grotto and bungee jumping. Adults and children can also take part in cooking classes with Lindt Master Chocolatier Matthew Muller from Sunday December 20 to Thursday December 24.

5. Make it a movie night

Christmas weekend is also promising to be a fun- filled one for movie buffs. Dubai’s cinemas are currently screening a number of Hollywood and Bollywood blockbuster releases. Some of the top picks include Abu Dhabi-filmed Star Wars: The Force Awakens, Emirati thriller Zinzanaand Bollywood film Dilwale.