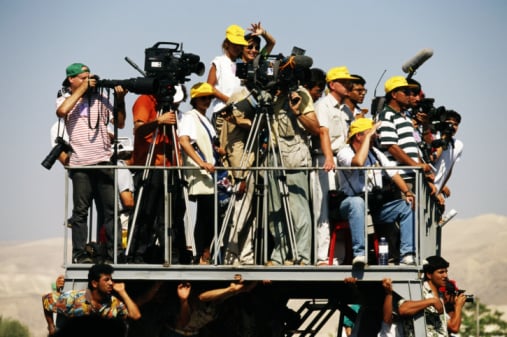 Journalism is not a job for the weak-hearted or the money-seeker. Any reporter will tell you that.

Despite that, it is not hard to find courageous and passionate journalists, who have dedicated their entire lives to relentlessly exposing corruption, reporting wars and uncovering political and economic scandals.

While it is simply impossible to restrict the world’s best journalists to one tiny list, here are 10 who have changed (and continue to influence) the world of news and the history of the profession. 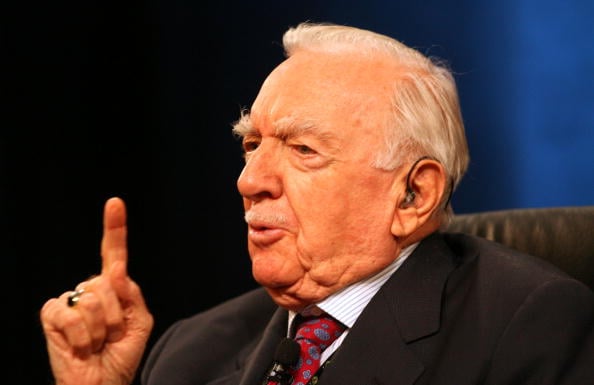 Referred to as the ‘most trusted man in America’, Walter Cronkite was the former anchor and managing editor of the show CBS Evening News with Walter Cronkite.

A correspondent for United Press during World War II, he famously covered the Nuremberg trials in Germany. After joining CBS, he reported on the assassination of John F. Kennedy, the battles over civil rights, the Vietnam War, the Apollo moon landings, the death of Beatles musician John Lennon and the Watergate scandal.

Considered a pioneer in broadcast journalism, he was famous for his catchphrase “And that’s the way it is,” at the end of every bulletin. A winner of numerous awards, his 1996 autobiography, A Reporter’s Life, was also a best seller. He died in 2009 aged 92.

The fearless Irish investigative journalist, murdered by drug barons in 1996 when she was just 36, has inspired two movies – including one starring Cate Blanchet, a biography and numerous songs.

Renowned for her exposés of crime lords in Dublin, Guerin, who wrote for the Sunday Independent, received several death threats, and was even shot in the leg. But she carried on her reporting unfazed.

Her sudden death, which shocked the entire nation, is also believed to have led Irish officials to establish the Criminal Assets Bureau.

Survived by her husband and son, Guerin was posthumously named one of International Press Institute’s 50 World Press Freedom Heroes. 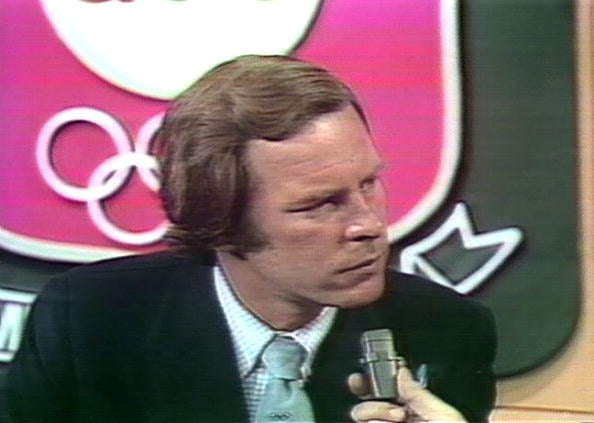 Considered one of America’s most distinguished journalists, Jennings was a legendary broadcaster who reported extensively on breaking news events.

He was in Berlin when the Berlin Wall was built and when it came down; he covered the civil rights movement in the US and South Africa; he was one of the first reporters to go to Vietnam in the 1960s and has reported extensively from the Russian Federation.

On December 31, 1999, Jennings anchored ABC’s coverage of Millennium Eve, ABC 2000 for 25 consecutive hours and was watched by around 175 million viewers. Jennings also co-authored two books, The Century and In Search of America.

He died in August 2005 at age 67 because of complications caused by lung cancer. 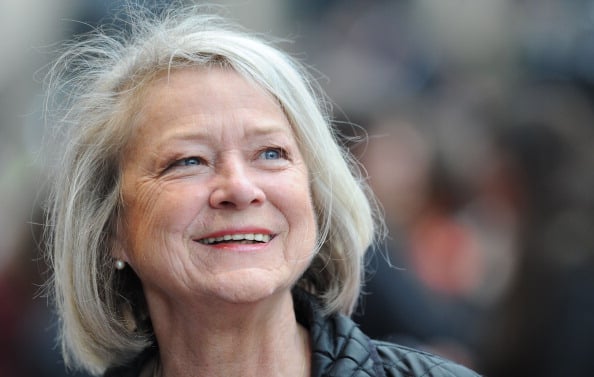 The BBC’s chief news correspondent became one of the best-known faces on television for her reporting from major wars and conflicts including the Gulf, former Yugoslavia, Albania, Rwanda, China and Sierra Leone.

Adie, who joined the BBC in 1968 as a studio technician in local radio, shot to fame after her coverage of the 1980 siege of the Iranian embassy in London.

“I never desired to go into war zones,” she said. “I never had any thought about it. It sort of just happened as part of the job.”

Currently a presenter of the From Our Own Correspondent show on BBC’s Radio 4, she has also authored many books including The Kindness of Strangers, Corsets to Camouflage, Nobody’s Child: The Lives of Abandoned Children and Into Danger. 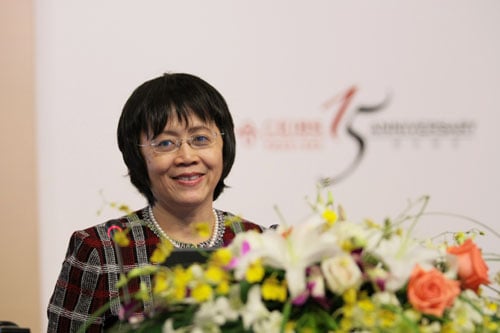 Listed among the Top 100 Influential People by Time magazine in 2011, Chinese journalist Hu Shuli is considered one of the best reporters in the media-restrained country.

Shuli started her journalism career as a reporter for Workers’ Daily in 1982. She went onto to become an international editor and chief reporter at China Business Times, before starting Caijing magazine, a business publication in 1998. Globally recognised for her investigative pieces on corruption and fraud, she created a new media group, Caixin Media in 2009 of which she remains editor-in-chief.

She has received numerous international awards for her achievements and currently serves as a board member of the International Women’s Media Foundation, is on the Reuters Editorial Advisory Board and a regional advisor for the International Center for Journalists. 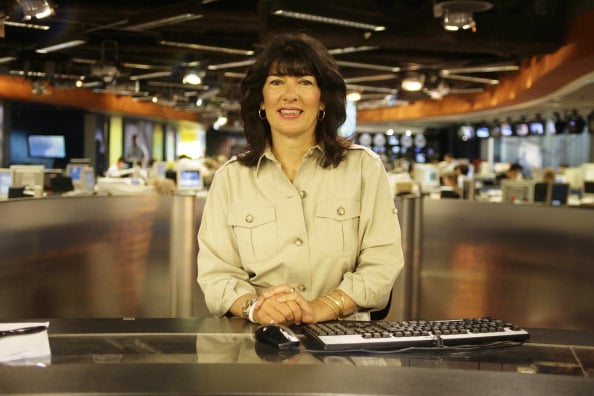 Christiane Amanpour is arguably one of the most popular faces of modern day American TV news, serving as CNN’s chief international correspondent and global affairs anchor for ABC News.

Amanpour began her career as a journalist at CNN in 1983 as an entry-level assistant before working her way up to the international desk. Since then she has reported from Iraq, Afghanistan, North Korea, the Palestinian territories, Iran, Sudan, Pakistan, Somalia, Rwanda, Egypt, Libya, Europe and the US.

She has interviewed most of the world’s top leaders, including Libya’s Muammar Gadhafi and Egypt’s Hosni Mubarak during the recent Arab Spring.

The recipient of numerous awards, Amanpour also serves as a board member of the Committee to Protect Journalists and the International Women’s Media Foundation. 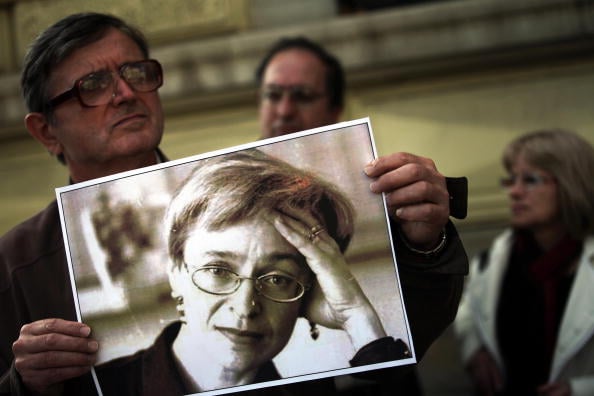 The Russian investigative journalist, famous for her coverage of human rights abuses by the Russian government in Chechnya, was assassinated in 2006 outside her Moscow apartment.

The New York-born Anna Politkovskaya began her career as a reporter for the official newspaper, Izvestiya. She later joined the opposition-minded Novaya Gazeta newspaper in 1999 and soon after began reporting on the war in Chechnya.

Her fearless reporting is believed to be the reason for her murder, however six years later, investigations are still ongoing. 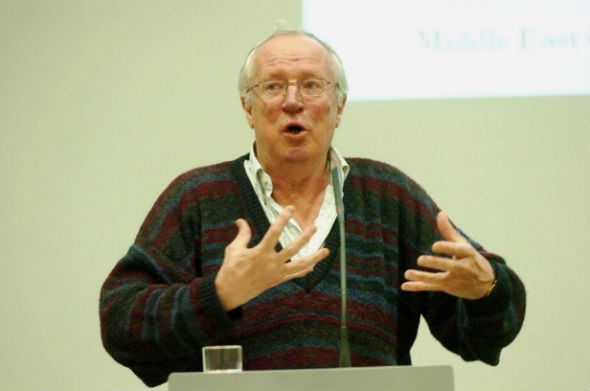 English journalist Robert Fisk holds the distinction for being one of the few Western journalists to interview the world’s most wanted man, Osama Bin Laden three times.

An Arabic speaker, Fisk works as the Middle East correspondent for the Independent newspaper and has been based in Lebanon for over 30 years. He previously worked for The Times.

His conflict coverage of the Iran-Iraq War, the civil wars in Lebanon and in Algeria, the first and second Gulf wars have led him to win multiple awards. Fisk has also penned several books on the Middle East and Ireland.

Considered the father of ‘gonzo journalism’, a style of writing where the reporter is involved in the story, Thompson embodied the contemptuous, irreverent reporter who thrilled in humiliating the powerful giant – in his case, Richard Nixon.

Thompson, who mainly worked for Rolling Stone magazine, committed suicide at the age of 67, but has been immortalised for being a pioneer of ‘new journalism.’

The Sudanese cameraman was working for Al Jazeera when he was arrested on the border between Pakistan and Afghanistan in 2001. He was locked away for over six years in the US military prison in Guantanamo Bay, Cuba, accused of having links with al-Qaeda.

Al Hajj, who was sent to cover the US war against the Taliban, was beaten and interrogated more than 130 times when in prison and protested tirelessly about his treatment there.

He was finally released in 2008 and rejoined Al Jazeera, where he serves as the head of the channel’s Public Liberties and Human Rights Desk.

Why management is both an art and a science

Revealed: 10 things to do this upcoming Eid break in the UAE