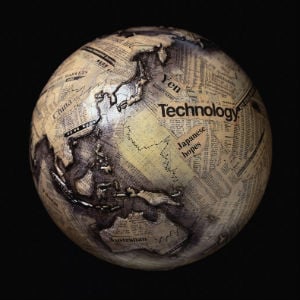 Six out of 10 companies will lose their market position within five to 10 years, according to Aroop Zutshi, global president and managing partner of best practice consulting firm, Frost & Sullivan, who was speaking at the firm’s Global Community of Growth, Innovation and Leadership event in Dubai last week. Enduring firms will be those that can read and exploit emerging global mega trends, said the firm. The top ten trends below are as presented by Dorman Followwill, partner and director – EIA, Frost & Sullivan.

With the projected urbanisation of more than 60 per cent of the world’s population by 2020, cities – not countries – will drive wealth creation in the future. By 2011, there were 13 mega cities across the globe – those with a minimum population of eight million and GDP of $250 million. By 2025 there will be 25. Another trend is combining cities with suburbs to form mega regions with a population of 15 million or more – and the mega corridors that connect two major cities such as between Dubai and Abu Dhabi in the UAE.

Whether it be smart mobility, smart grids, smart energy, smart buildings or smart materials, there are market opportunities through the convergence of technologies such as digital/wireless applications, device connectivity, renewable energy, power grids or building automation.

By 2020, around 2.56 billion of the global population will be aged between 15 and 34. Social media and smart technologies are already becoming the main channels for meet-ups/events, restaurant/night club reviews, business networking, conferencing, accessing news/information and digital marketing.

More than 900 satellites will be launched globally this decade for multiple innovative applications, while the next domain of conflict will be through information warfare. Already, cyber skirmishes between governments are an ever-present aspect of defence strategies. Next is the increasing role of virtual or simulated technologies – virtual conferencing, social networking, virtual surgery/medical training, virtual shopping, or ‘haptic’ (touch triggered) technologies.

The way to spur innovation is to target to zero in terms road accidents, crime rates, carbon emissions, product defects, security breaches, or house-borne infections – the latter are currently a major cause of death in countries such as India.

In the global high speed rail market, Europe will spend $338 billion, the Asia Pacific $166 billion, South America $87 billion, North America $137 billion and the Middle East/Africa $107 billion. Utilities in Africa will transform from 70 per cent of the Sub-Saharan population without electricity in 2010 to 70 per cent with electricity by 2020.

‘Value for many’ will replace ‘value for money’. Examples include Grameen Bank that has developed a microfinance system for millions of households in Bangladesh, the Tata Nano in India creating an affordable option for aspiring car owners, or the Aravind Eye Hospital that conducts 286,000 assembly line cataract operations each year.

There is already an economic progression from the emerging BRIC countries (Brazil, Russia, India and China) to the ‘next game changers’. These include Mexico, Argentina, Poland, South Africa, Turkey, Indonesia, the Philippines and Vietnam – all of which already have multi-billion dollar economies.

If current trends hold, healthcare spend by 2050 will comprise 20-30 per cent of GDP for some economies. Hence a shifting emphasis from treatment to prevention. Over the next 10 years, weight management, cardiac and digestive health will be high growth areas, with huge opportunities in the numerous industries that support the healthcare sector.