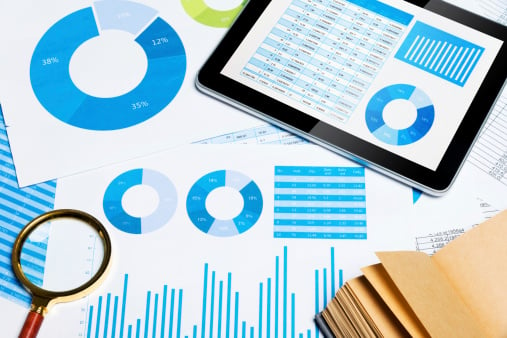 The Middle East has become a thriving mecca for digital companies with both local firms and overseas arms of international companies setting up shop in the region.

Some local businesses have even attracted the interest of overseas investors looking to snap up the world’s next big digital giant – Cobone was acquired for a rumored $20 million in March.

To remain ahead of the rest in the digital business though is all about knowing your start-ups and which well-performing businesses are still off the radar. Gulf Business lists the below 10 companies as ones to watch this year. 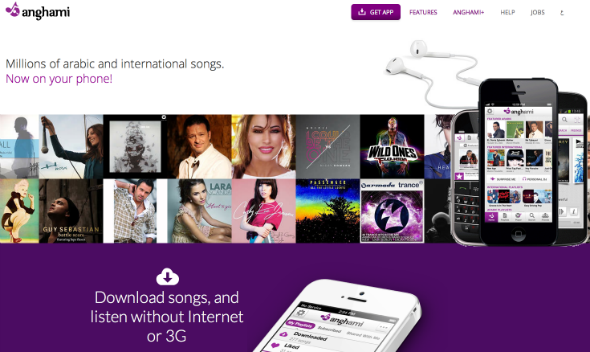 Launched in 2012, Lebanon-based Anghami is a mobile music app available across the Middle East and North Africa. Picking up what Spotify and Deezer started a few years ago, it allows users to play unlimited Arabic and international music on their smartphones.

Arabic music is freely available to listen to on Spotify, just not in the region. Because of this, Anghami has first-move advantage in MENA and is set for considerable growth in the coming years. The service already offers an impressive library of music, having signed deals with major labels in the Middle East including Rotana, Mazzika, and Melody. 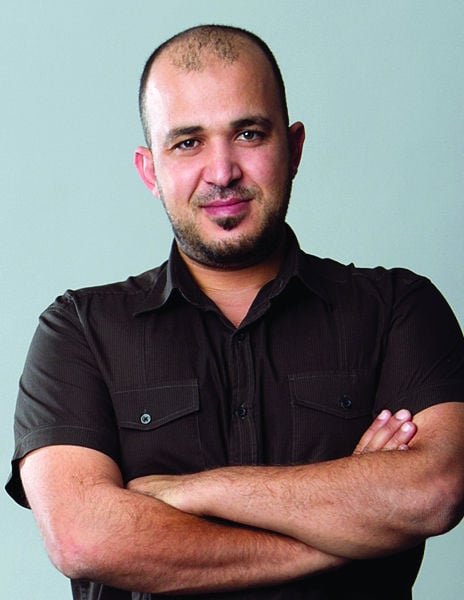 Shopping website MarkaVIP secured $10 million in funding last year to increase its footprint in the region.

The investment – primarily from US and European investors – has helped the firm establish an on-the-ground presence in Saudi Arabia and setup its own last-mile delivery system in the UAE, Jordan, and Lebanon.

Sohrab Jahanbani – ex-head of sales and marketing at LivingSocial in the Middle East – also recently joined the team. MarkaVIP was launched in 2010 in Jordan by CEO Ahmed Alkhatib (pictured) and chief technical officer Amer Abulaila and became one of the first flash-sale sites. It offers members well-known brands at up to 85 per cent discounts. 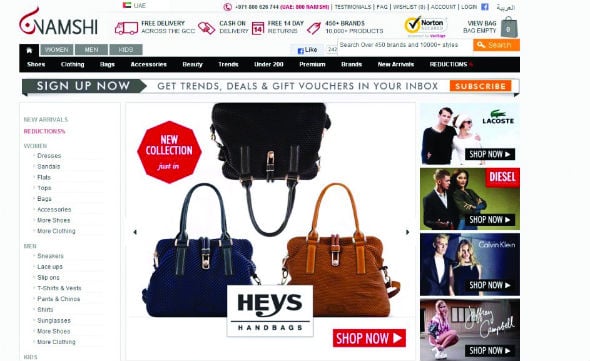 Namshi is one of the most exciting prospects in Middle East online shopping.
At the tail end of last year, the site – which sells shoes and clothing – secured $20 million in financing from JP Morgan Chase and Blakeney Management.

Founded in 2011, Namshi now has over 100 employees. The capital injection will help the company expand its operations particularly within Saudi Arabia, its fastest growing market, and also increase its product selection. Namshi, which offers over 400 international brands, runs a 14-day free returns policy. 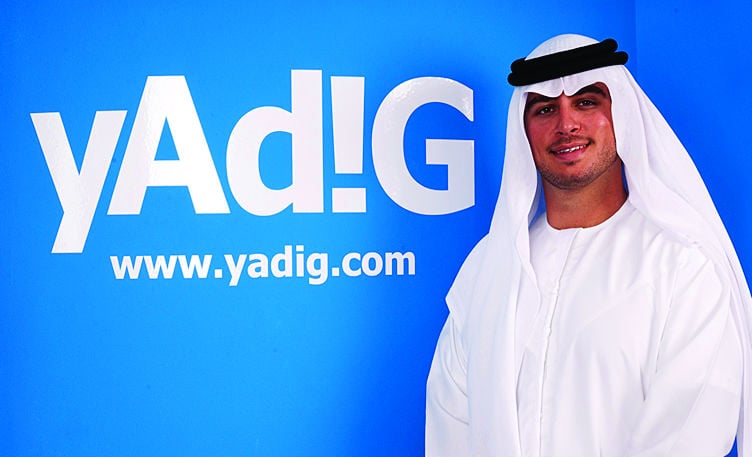 Yadig taps into the growing popularity around peer review sites. The website challenges corporate behaviour in the region with its vocal online community. Most recently, Yadig secured a deal to feature its user-generated reviews on online deals site Groupon.

CEO Saif Al Zarouni (pictured), who launched the site in 2010, says: “YaDig’s mission has always been education. We’re here to educate both businesses on what they should fix about themselves and customers as to where they should spend their money.” Yadig currently pulls in more than 300,000 users a month, with an Arabic site and Android app also on the cards. 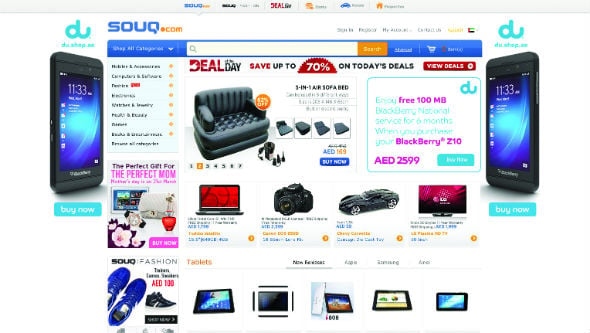 It currently attracts over eight million visits per month and is often tagged as ‘the Amazon of the Middle East’. Founded in 2005 as an auction site, Souq switched to a marketplace with a fixed price model in early 2011, and then launched its retail division late 2011. Dubai-based Souq is owned by Al Jabbar Internet Group and competes with Namshi. 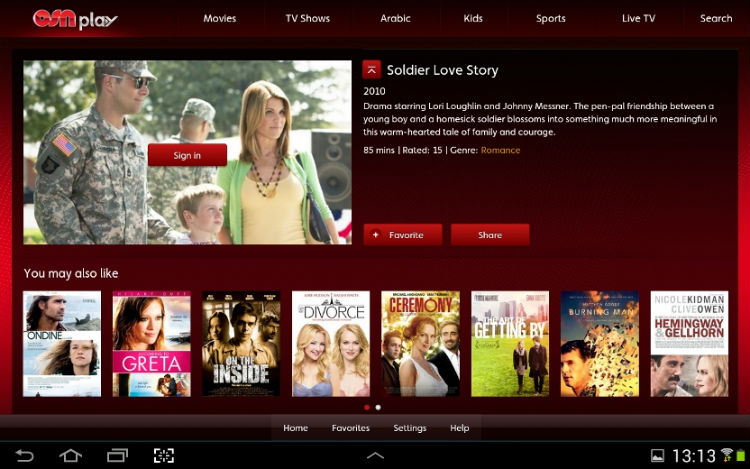 The Dubai subscription TV service OSN last year launched OSN Play, the region’s first online TV platform. OSN Play, which provides users with much of the content from their existing TV package, can be accessed from a PC, Mac, iPad and Android Tablets. The service comes with no additional costs to the customer.

OSN, which currently features around 100 television channels, plans to invest more than $1 billion in creating and buying new content as it looks to grow its subscriber base across 24 countries in the Middle East and North Africa. Analysts say it will be interesting to watch how OSN’s growth will affect broadcasters and telecom operators. 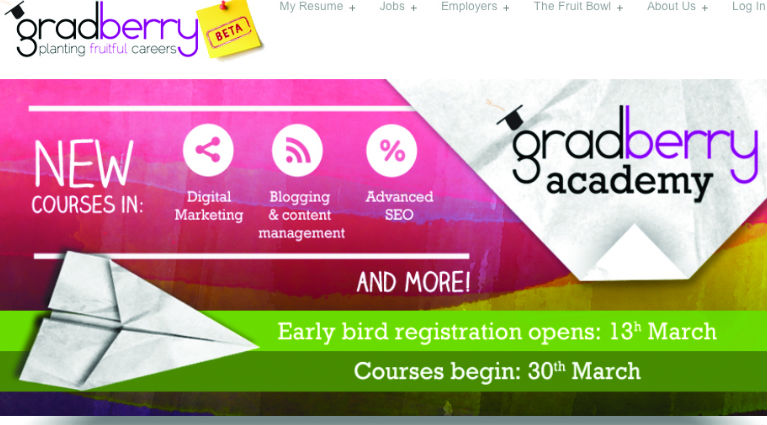 According to co-founders and UAE university graduates Iba Masood and Syed Ahmed, employers from Google to Philips are now using the site to hire graduates. The Fruit Bowl, Gradberry’s career blog, has become a leading career search resource for students and new grads. While Gradberry will ultimately compete with Laimoon as well as giants like Bayt, Dubizzle, and Gulf Talent, it may be of immediate relevance to SMEs. 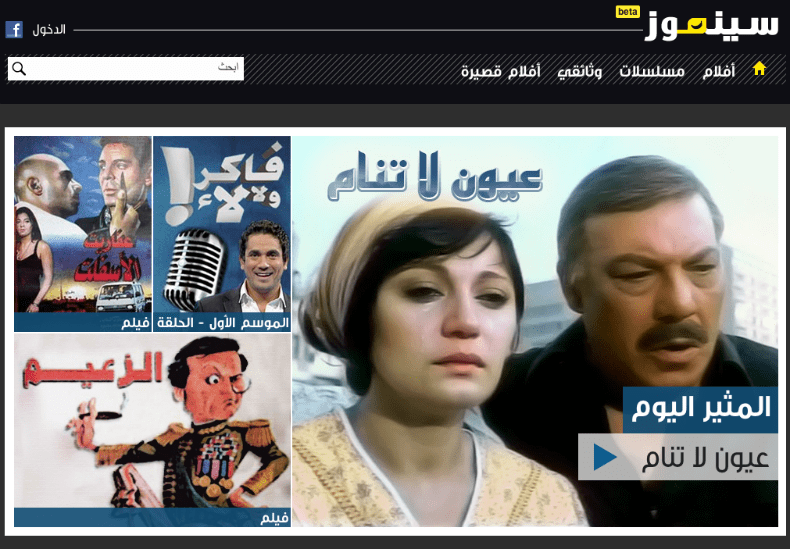 Part of the Middle East’s online TV revolution, Cinemoz is what some have called the region’s answer to Hulu. With more than 35 million Arabs having a broadband connection, and with this number expected to rise to 60 million by 2015, there are high hopes for Cinemoz.

Founded by 27 year old Lebanese- French Karim Safieddine, the service launched having secured funding with the help of Seeqnce, a Beirut start-up catalyst. Cinemoz shows Arab films, TV series and documentaries, with a social networking twist, allowing you to share and rate what you’re watching on your social networks. Cinemoz claimed to have over 1,000 Arabic titles by the start of 2013. 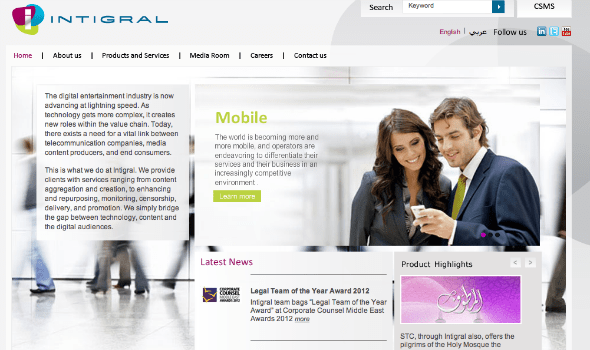 A fast-growing provider of digital content in the region, Intigral will continue to build momentum in 2013. The Dubai-based firm offers a one-stop shop for the MENA’s telecom operators, including services such as content creation, repurposing, censoring and publishing for local audiences.

It counts Saudi Telecom Company, Viva Bahrain, Viva Kuwait, Umniah Jordan, Orange Jordan and Sudani as its customers, giving it access to a combined customer base of 34.25 million users regionally. Intigral, which was formed in 2009, recently reported year-on-year revenue growth of 40 per cent, and expects its business to grow by an additional 30 per cent in 2013. 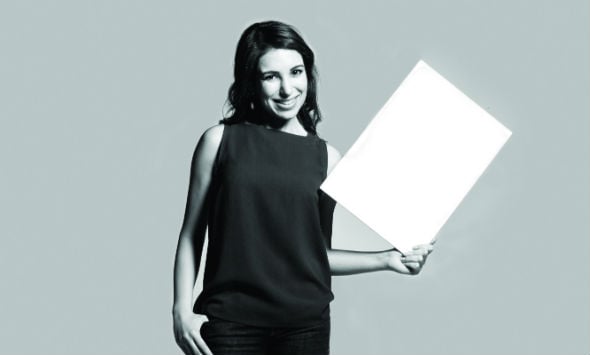 Qordoba has been making language translation affordable since it launched in 2011. The start-up can undercut traditional agencies by up to 50 per cent, according to CEO and founder May Habib (pictured).

With hundreds of pre-screened translators and editors in over 30 countries and 15 time zones, the UAE website has become the go-to for professional Arabic translation. To boost growth it has also closed a round of funding by Intel Capital, CMEA Capital and the Mubadala Development Company, as well as the CEO of Aramex, Fadi Ghandour. The management team is currently based in Dubai Internet City, with clients in the government and private sectors.