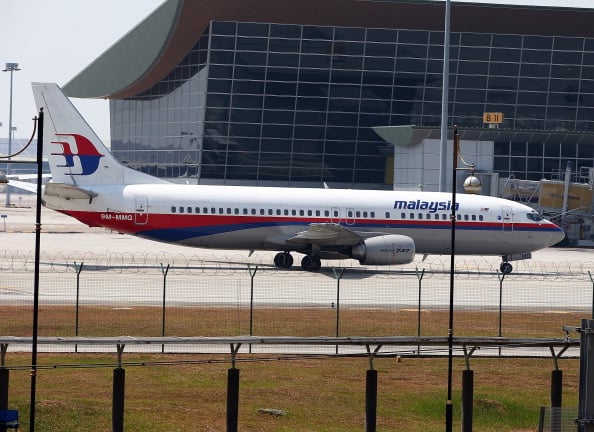 Here is a timeline of events in the disappearance of a Malaysia Airlines jetliner which vanished from radar screens on a flight from Kuala Lumpur to Beijing early on Saturday:

– Airline loses contact with plane between 1-2 hours after takeoff. No distress signal and weather is clear at the time.

– Missing plane last has contact with air traffic controllers 120 nautical miles off the east coast of the Malaysian town of Kota Bharu.

– Civil Aviation Authority of Vietnam says plane failed to check in as scheduled at 1721 GMT while flying over sea between Malaysia and Ho Chi Minh City.

– Malaysia search ships see no sign of wreckage in area where flights last made contact. Vietnam says giant oil slick and column of smoke seen in its waters.

– Two men from Austria and Italy, listed among the passengers on a missing Malaysia Airlines flight, are not in fact on board. They say their passports were stolen.

– Malaysia Airlines says fears worst and is working with U.S. company that specialises in disaster recovery.

– Radar indicates flight may have turned back from its scheduled route to Beijing before disappearing.

– Interpol says at least two passports recorded as lost or stolen in its database were used by passengers, and it is “examining additional suspect passports”.

– Investigators narrow focus of inquiries on possibility plane disintegrated in mid-flight, a source who is involved in the investigations in Malaysia tells Reuters.

– As dozens of ships and aircraft from seven countries scour the seas around Malaysia and south of Vietnam, questions mounted over whether a bomb or hijacking could have brought down the Boeing airliner.

– Hijacking could not be ruled out, said the head of Malaysia’s Civil Aviation Authority, Azharuddin Abdul Rahmanthe, adding the missing jet was an “unprecedented aviation mystery”.

– The disappearance of the Malaysian airliner could dent the national carrier’s plan to return to profit by end-2014, equity analysts said. Shares in MAS hit a record low on Monday.