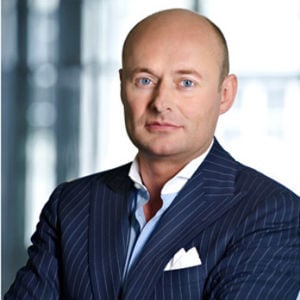 Well-heeled spectators line the stalls and the rolling greens of the hotel teem with both good taste and, well, the heady throng of money. Amid the sea of chinos and Hermes bags, a familiar face on the global luxury scene can be spotted working the event like a dream. Georges Kern, boss of IWC and sponsor of the Laureus Awards, certainly looks the part. He even lets me have a feel of his brand-new Portofino-range watch. “I’m very, very happy with the range,” he says. I nod, and try to hide my reluctance to hand the exquisitely beautiful but prohibitively expensive timepiece back.

As well as being a first-rate schmoozer and brand ambassador, Kern is an astute businessman. In fact, the two are one and the same thing for Kern. A gifted marketer, his latest Portofino range was named after a 60s-style photo shoot of ‘friends of the brand’, including model Elle McPherson and actor Kevin Spacey, in the eponymously-named Italian fishing village. The shots were taken by lauded photographer to the stars, Peter Lindbergh.

“Are they really your friends?” I ask. Kern replies: “We worked together for eight years and I know most of them on a private level now and see them outside work. Of course, there is a personal relationship, which makes these projects easier. You can ask everybody, there is a sympathy with the product and you know it’s not a time or money thing.”

I wonder why I don’t have friends like this. And then I remember that I don’t run a multi-million dollar watch company. Unlike me, Kern exudes a certain unobtainability and his heart probably doesn’t skip a beat when he gets a new friendship request on Facebook. But most of all, since Kern took the helm of IWC in 2001 at just 36-years-old, he’s become known as the ‘Wunderkind’ of watches. His secret was to rediscover the Swiss brand’s core values of technology, simplicity and beauty and separate the watch offerings into distinct groups.

“It’s all branding, everything you do. A brand is like a planet and everything we do in terms of advertising, whether it’s the internet, CSR activities or a Portofino campaign are satellites giving food to the planet to grow and this is how it works,” he says.

“When you buy a Portofino, you buy many things. You buy a brand called IWC so you have reassurance in terms of technique, quality and history. You buy a design that you like and you certainly buy an emotion, this is all the work we have done around Portofino, to exude the real glamour of the fifties and sixties, so it’s this combination of reassurance, designs and story telling that makes a powerful package.”

Just like Kern himself, IWC has to be careful who it associates with. People buy expensive watches not because they need to know the time, but because they attach emotional, aspirational value to them. That sense of prestige nearly always eminates from unobtainabilty. So, what’s Kern’s biggest challenge of the next five years? “You have to remain aspirational, but we are in a business so we also want to grow and sell products so that’s a very, very fine line.”

With that, Kern bids me goodbye and says he’s going to hand out a cheque for a ludicrously large sum of money in aid of the celebrity football match. As he saunters off into the distance, I notice he hasn’t asked little old me for my card.