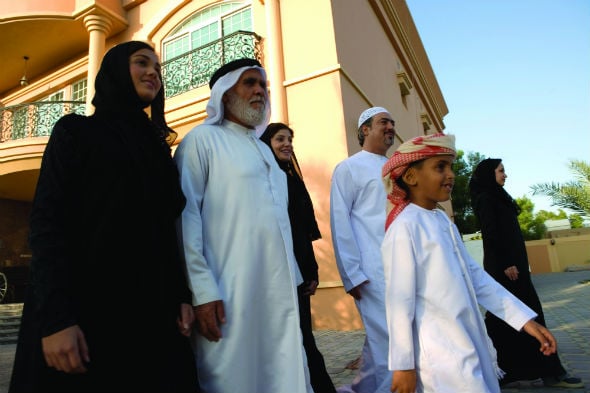 While corporate governance in the GCC is evolving, family businesses are yet to join the fray. Experts say this needs to change since many of these businesses have a major impact on regional economies.

The concept of corporate governance is evolving in the GCC region, with companies and leaders understanding the importance of issues such as transparency and regulated accounting standards.

In 2007, a study by Hawakamah, the Institute for Corporate Governance, found that only two per cent of MENA companies and banks followed best international standards.

However, the financial crisis in 2008/2009 highlighted the need for strict governance practices across the world, including in this region, and several new regulations have been formulated since then.

In the UAE, the Securities and Commodities Authority (SCA) issued a new code to provide a comprehensive set of corporate governance regulations for publically traded companies in the UAE.

“Violators are being punished,” he told reporters on the sidelines of a recent corporate governance conference in Dubai.

Majid Jafar, the CEO of Abu Dhabi- based Crescent Petroleum, agreed that the region has been adopting better governance measures in the last few years.

“There’s been a lot of progress in the region in these areas of corporate governance and transparency and bringing in international best practices. “But there’s still a long way to go, it’s a journey,” he added.

“It shouldn’t just be just about fulfilling regulatory requirements; it should be how these practices and policies and institutions can benefit your business.

“It’s really about adding value to the organisation, enhancing sustainability for that organisation in the short and long term,” he explained.

But despite the region’s governance landscape rapidly transforming, not all business stakeholders are involved in this change.

Around 90 per cent of regional companies are family-owned and unlisted, which means they are not legally obliged to comply with any regulations.

Experts say this needs to change since many of these businesses have a major impact on regional economies.

“Some of these firms are very large and important and conflicts or disruptions within those businesses can cause disruptions in the economy,” said Jafar.

“There have been some high profile cases in the region, where during a family conflict, even the government has had to step in to create an amicable outcome because the damage to the economy is severe,” he stated.

“And as such it affects family businesses, state-owned enterprises, financial institutions, subsidiary companies as much as it affects listed companies.”

He also confirmed that the government was studying the issue and that the UAE may have governance laws for family businesses “very soon”.

A new law will be very useful, as this would assist family businesses to attract external investments, and assist in their business continuity, growth plans and sustainability, said KPMG’s Janakiraman Harikrishnan, director, consulting KPMG Lower Gulf.

Jafar added: “When it comes to the issue of succession in family businesses, it’s very important to have the right governance systems put in place to manage that process well.

“Also in terms of organisation renewal, innovation and in-company entrepreneurship, you need to keep reinventing yourself and have outsiders and fresh thinking at the board level.”