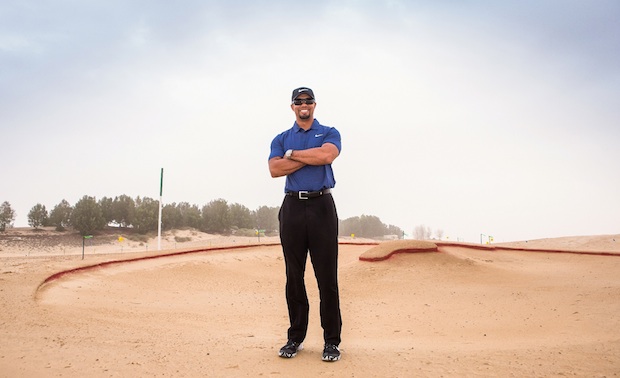 Golfer Tiger Woods reviewed the progress of the golf course designed by him at the Akoya Oxygen project in Dubai, developer Damac Properties announced on Thursday.

The American professional golfer designed the Trump World Golf Club Dubai, which is currently under construction.

Woods was in Dubai to compete in the Omega Dubai Desert Classic 2017 – which he later withdrew from due to a back spasm. 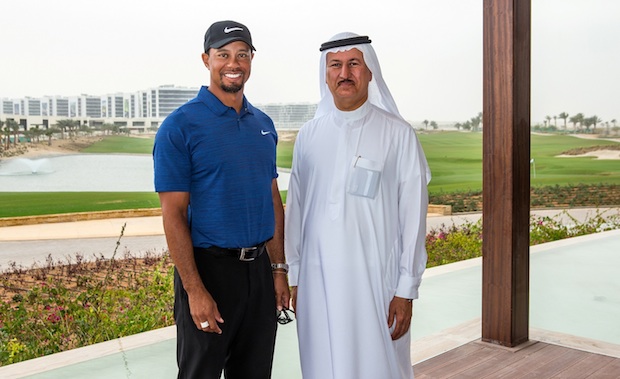 The golf club will be the second in Dubai to be operated by the Trump Organization, following the Trump International Golf Club Dubai set to open later this month.

Niall McLoughlin, senior vice president, Damac, said: “It is a pleasure to welcome Tiger Woods to see first-hand the progress on Trump World Golf Club Dubai, which is progressing as planned and is set to open in 2018.”

In December, Damac Properties confirmed that the golf course construction packages at Akoya Oxygen had been awarded and that works are under progress.

The backbone infrastructure design is completed, mobilisation works are completed and engineering works are in progress, it said.

The golf club will also have a clubhouse, restaurants and a pro-shop. There will also be the practice facilities, staffed by PGA qualified teaching professionals.

Along with the golf club, Damac’s 55-million square foot Akoya Oxygen will include luxury residences, hotels and other facilities.

It will also feature what is claimed to be Dubai’s first tropical rainforest, as well as healthy dining options, a fresh market, schools and nurseries.

Damac said in December that it had appointed eight main contractors for the construction of 5,676 villas within the development.