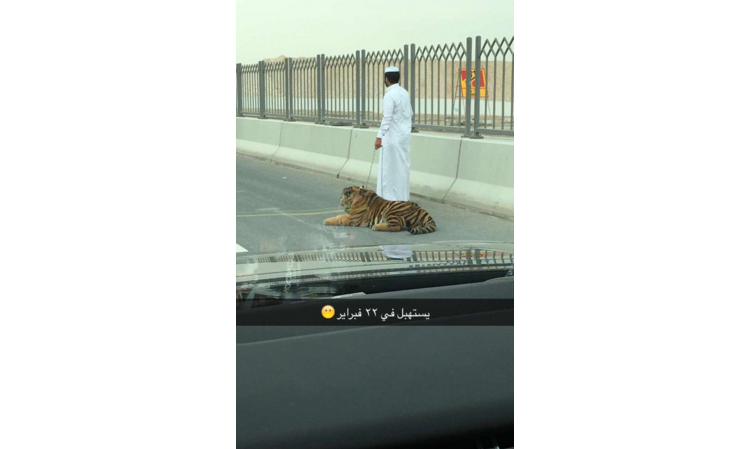 A tiger cub spotted wandering through traffic on a Doha road yesterday morning has been captured and the owner identified.

A 20-second clip shared on Twitter showed the confused animal prowling through cars on the Doha Expressway. Still images were also shared widely across social media.

The creature had a broken chain attached to its neck and appeared to be an escaped pet.

A later photograph and videoclip showed a man in a white thobe holding the animal’s chain.

Tigers, lions and cheetahs are kept as pets across the GCC region.

In January, a pet lioness was found roaming the streets in Dubai’s Al Barsha after escaping from its owner.

Keeping wild animals is considered a criminal offence in Qatar, carrying a prison sentence of up to six months and a fine ranging from QAR 1,000 to QAR 10,000.

Today the Ministry of Interior said the owner of the tiger had been identified and the animal was handed over to the authorities.

“Further legal proceedings have been initiated,” it said on Twitter.