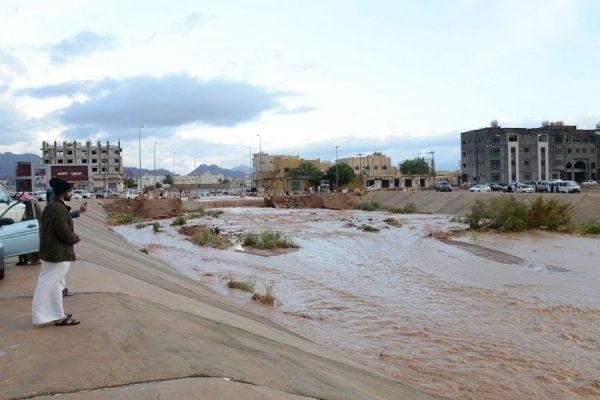 Three people were reportedly killed In Saudi Arabia on Tuesday after heavy rains caused flooding in Jeddah and other parts of the western province.

Saudi Gazette reported that one person was killed by electrocution in Jeddah and two others in parts of Makkah region.

The rains saw streets flooded in major cities and dangerous torrents of water build-up in valleys and other areas.

Civil defence forces received 1,425 emergency calls in Makkah, 542 in Madinah, 16 in Tabuk and six in Al-Jawf, according to Saudi Press Agency.

Hundreds of people were rescued across the region including 400 in Makkah, 54 in Madinah, 19 in Tabuk and eight in Al Jawf. 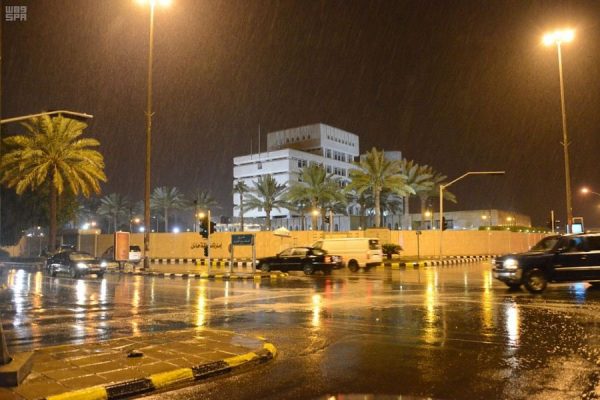 Jeddah Health Affairs received 29 emergency calls in light of the flooding including eight related to electrocution. The remainder were related to traffic accidents.

The kingdom’s attorney general, Sheikh Saud Al-Mojebm, issued directives on Tuesday for public prosecution branches across the region to proceed with any potential action related to the flash flooding.

He stressed that officials had the power to “arrest, investigate and prosecute” if corruption was found to be the cause of any flooding, amid reports of delays to drainage projects in Jeddah.

The General Authority for Meteorology and Environmental Protection said rainfall was expected to continue in Jeddah, Usfan, Dhaban, Bahra, Khulais, Makkah and Taif.