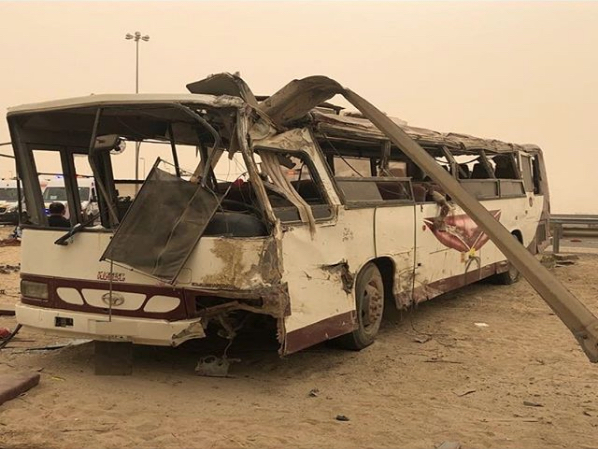 Three people were killed and 44 others injured on Monday morning when a bus and two vehicles collided in Abu Dhabi.

The command and control center received a call at 7.30 am and police patrols and ambulances rushed to the scene. The injured were transferred to Al Rahba and Mafraq hospitals.

Sudden deviation, speeding and not leaving sufficient safety distance between vehicles were also to blame for the incident, he said.

He also urged motorists not stand in the centre of the road or on the hard shoulder when accidents occur to avoid endangering the lives of road users.