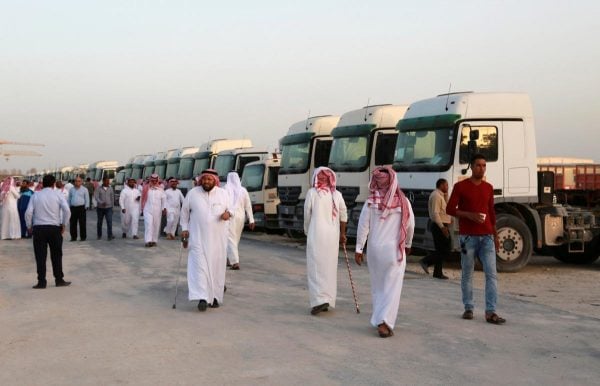 Thousands of people attended the first day of an auction of vehicles owned by indebted Saudi Arabian tycoon Maan al-Sanea and his company, a sale which officials say will go towards repaying about SAR18bn ($4.8bn) owed to creditors.

Authorities say the auction, the subject of huge interest in the Eastern Province where his business is based, reflects their focus on improving corporate governance and by extension Crown Prince Mohammed bin Salman’s commitment to economic reforms.

Creditors ranging from unpaid workers to local and international banks hope the process, which at a later stage will include sale of bigger assets such as property, will lead to repayment of at least part of their debt.

The businessman, ranked in 2007 by Forbes as one of the world’s 100 richest people, was detained by authorities late last year for unpaid debt dating back to 2009 when his company, Saad Group, defaulted on payments in what was Saudi Arabia’s biggest financial meltdown.

His case is separate from the dozens of Saudi businessmen and prominent figures who have been held in a corruption crackdown, although the dispute touches on similar investor concerns about Saudi corporate governance.

The first phase of the auction was launched this week, with around 900 vehicles including lorries, buses, diggers, forklift trucks and golf carts, owned by Saad Group, based in the city of Khobar, going under the hammer.

Later stages of the process will include other parts of his business empire and personal wealth including property – estimated at around SAR10.3bn, as well as machinery, ceramics and furniture in auctions in the Eastern Province, Riyadh, Jeddah and Yanbu, said Abdulaziz al-Rashid, head of Etqaan Alliance, a coalition of companies including two real estate companies, accountants and lawyers.

After a series of TV, online and billboard adverts run by Etqaan Alliance in recent weeks anticipation about the auction has been building.

Roads around the auction site were jammed on Sunday afternoon as people queued to enter the dusty land plot where the event was taking place.

“Can you believe this man was once a billionaire and today he came to the ground level and has to start from scratch?,” said a buyer of a forklift truck, giving his first name as Nasser.

Prospective buyers were mainly businessmen from local construction companies and other contractors.

Money raised from the first phase of the auction, expected to be completed by the end of April, will go towards repaying creditors owed around SAR18bn, he said.

A further SAR30bn of debt claims hadn’t been processed by the court yet, he said.

Other people familiar with the sale process said the assets to be auctioned under the first phase were expected to cover around 10 to 15 per cent of the SAR18bn in claims so far recognised by the court.

Priority for the repayment would first go to repaying unpaid workers, some of whom haven’t been paid for more than a year. Vendors and other companies owed money would be given next priority, with banks at a later stage, the people said.

Some of the workers who hope to get paid through the liquidation process were among those attending the event.

Outside the court process, advisers to Saad Group recently asked some bank creditors to meet in Dubai in a bid to try to reach a consensual debt settlement on SAR16bn of claims, Reuters reported last week.

The advisers were seeking a deal before Saudi authorities make progress in the auction process.

The people familiar with the auction process said that the legal procedures were on track and would not be affected by any possible settlement Saad Group reaches with its creditors.

Why mixed-use developments represent the future of the community