The Yellen effect: Why the US interest rate hike will hit the GCC hard - Gulf Business 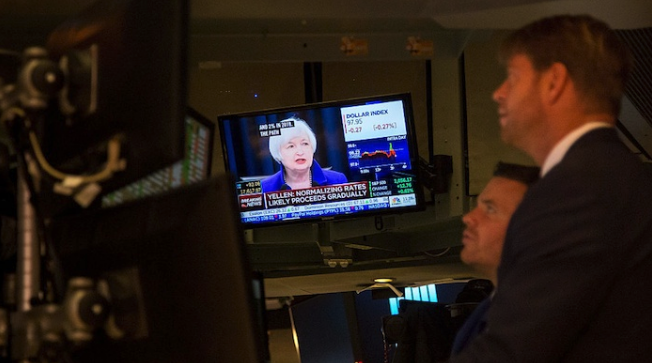 Now that Janet Yellen’s interest rate magic show is over, it’s time to sit back and consider the impact. And of course there are consequences for us in the Gulf Cooperation Council countries.

Let’s take the negative correlation between oil prices and the dollar. A rate hike makes investing in dollar denominated assets more attractive. Recent research has shown that a 10 per cent increase in the price of oil leads to a depreciation of the dollar-effective exchange rate by 0.28 per cent and a weakening of the dollar by 1 per cent causes oil prices to rise by 0.73 per cent.

If this past relationships holds, then we are looking at a further slump in crude prices. This will further stretch the finances of GCC governments which have already been hit hard by the big drop in prices – down around 68 per cent from peak rates of $112 in June 2014 to $36 now.

Then again the dollar may not strengthen as much. In fact historically the dollar has almost always weakened in the six months after the first rate hike.But we live in very different times, in a climate of unprecedented monetary policy divergence where almost every central bank (except the Fed) is loosening. Of course the recent fall in crude prices is a function of many factors, including the landmark decision of the United States to export oil for the first time in 40 years.

Another major impact will be on interest rates. Most GCC currencies are pegged to the dollar in some shape or form. Which means that monetary policy has to be imported from the Fed. The US rate hike may soon lead to higher GCC lending rates. In fact, post the hike, both SAIBOR and EIBOR increased by 30-35 bps in line with the rise in the LIBOR. This is in addition to the higher cost of funding for local banks due to tight liquidity – deposits have become scarcer and more expensive as corporate clients withdraw money due to lower oil prices.

There is another dimension. Banks will now not only charge more for loans, they will be pickier as to whom they lend to. Defaults by small and medium sized enterprises have been rising in the United Arab Emirates over the last six months, especially in the food and electronics sectors. Hence banks may prefer to restrict lending just to the safe names. Some sectors (e.g. construction) may be starved for funding.

The higher interest rates couldn’t have come at a worse time for the GCC economies. In combination with lower oil prices, it’s a massive double whammy.

The third consequence will be on tourism. If the dollar appreciates, the euro and other currencies will depreciate and Dubai will become more expensive for European visitors. In 2014, Dubai saw 845,000 visitors from the United Kingdom and this may fall.Take a random walk through any mall in Dubai and you can see much lower traffic – the waiters at my curry joint tell me they’ve never seen anything like this.

In the midst of all this gloom, there is a bit of cheer. Depositors may benefit – banks are currently offering higher deposit rates to shore up their funding base before the rate hike really bites. Also the millions of expats working in the GCC can save more in their home currencies if the dollar strengthens.

As Bette Davis once said -“Fasten your seat belts, it’s gonna be a bumpy night”.

Binod Shankar is a chartered accountant and CFA charter holder and the managing director of financial training company Genesis Institute.