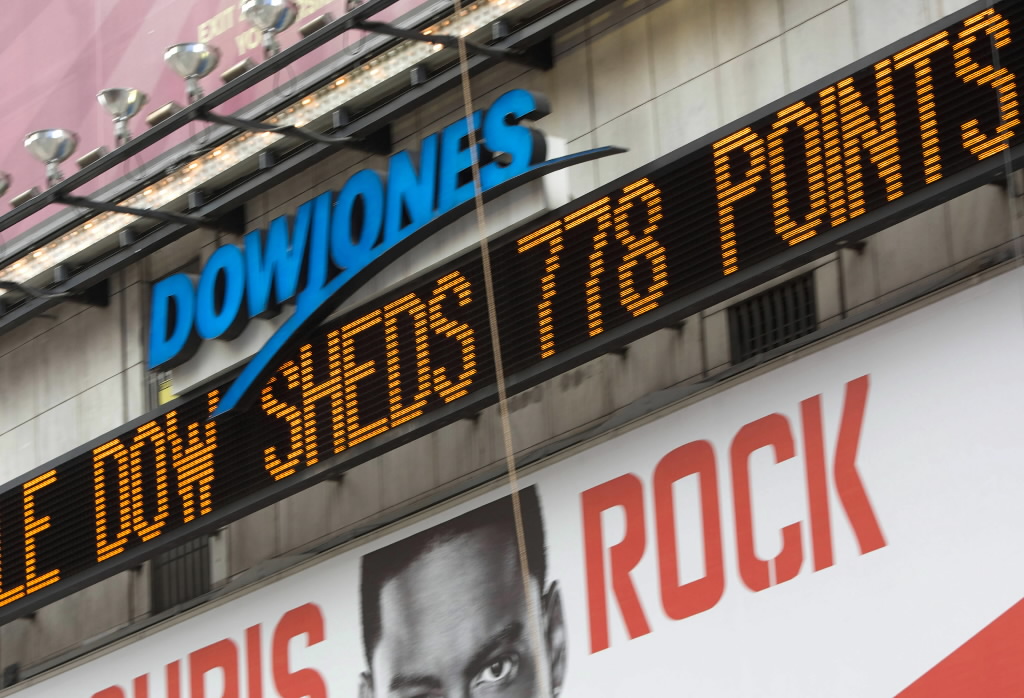 Named one of the key factors in triggering the Great Depression, the stock market crash in 1929 burst the economic bubble that the US witnessed during the twenties.

On October 28, dubbed Black Monday, the Dow Jones Industrial Average fell 38 points to 260, a drop of 12.8 per cent. The following day, Black Tuesday, the index dropped 30 points to close at 230. Across the two days, the Dow fell 23 per cent.

Following the crash, banks failed, unemployment soared and the US entered the Great Depression, which lasted until the late-1930s.

The crash occurred after an avalanche of sell orders hit the market and although many feared that it would trigger another Great Depression, the market managed to stabilise and gradually returned to normal.

The financial markets remained closed for a week after the September 11 terrorism attacks in the US, but on the first day of trading, on September 17, the New York Stock Exchange fell 684 points, a 7.1 per cent decline. During the next one week, the Dow dropped almost 14 per cent, while the Standard and Poor’s index lost 11.6 per cent. Overall, up to $1.4 trillion in value is estimated to have been erased during those five days.

The SSE Composite Index of the Shanghai Stock Exchange crashed nine per cent, its largest drop in 10 years, erasing about $140 billion of its value on February 27.

The drop in the Chinese index generated major drops in worldwide stock markets – Mexican stocks lost four per cent, the Dow fell 3.3 per cent, Japan’s Nikkei lost over three per cent and the London FTSE 100 dropped 1.85 per cent.

Following a collapse of economies across Asia including Thailand, Malaysia, Philippines and Indonesia, Hong Kong’s overheated Hang Seng index plunged 1,211.47 points, or 10.41 per cent on October 23, wiping away $29.3 billion from the stock market. The drop triggered crashes across the world, with the Nikkei closing down 3.03 per cent and the London FTSE falling 3.06 per cent.

The Dow slumped nearly 778 points (6.98 per cent), wiping out around $1.2 trillion in market value after the US government’s $700 billion bank bailout plan was rejected by the House of Representatives. The Standard & Poor’s 500 index also lost 8.8 per cent on the day.

On May 6, 2010, soon after 2.00pm in the afternoon, the Dow suddenly plunged close to 1000 points, (nine per cent) in 30 minutes, but managed to stage an equally dramatic recovery, regaining two-thirds of its losses by the end of the day.

Spooked by the news of Standard & Poor’s downgrading the US’s credit rating and the debt crisis in Europe, stock markets across the world dropped – the Korea Composite Stock Price Index plunged 7.4 per cent; Nikkei hit a five-month low; the New Zealand and Australian stock markets fell by around two per cent; the FTSE 100 fell 178 points, erasing £46.3 billion from Britain’s biggest companies and the Greek stock market hit a 14-year low.