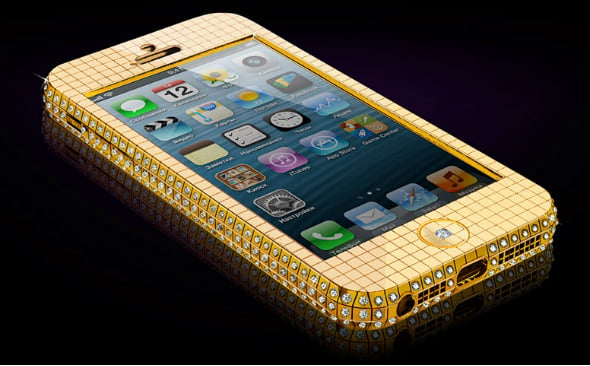 As Apple launches the iPhone 5S, Gulf Business goes bling and checks out some of the most expensive iPhone models available in the market. 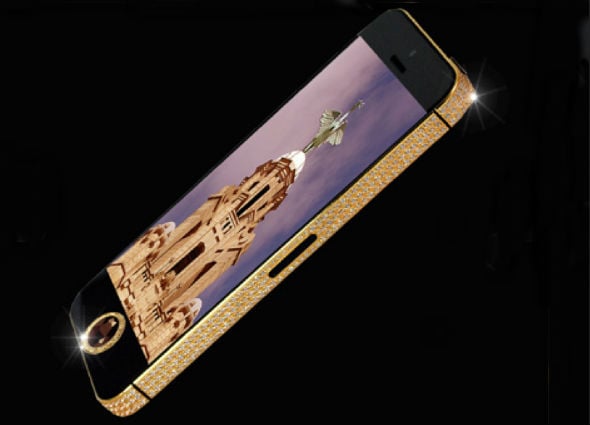 This device, entirely made by hand, replaces the home button with a black single deep cut diamond weighing 26 carats. The chasis is inlaid with 600 white ‘flawless’ diamonds and sapphire glass is set in the screen. The rear is fully made with gold and Apple’s logo is also set in solid gold with 53 diamonds.

The device boasts 135 grams of 24 carat gold in total. A Chinese businessman, who already possessed the black diamond, commissioned the exclusive handset. 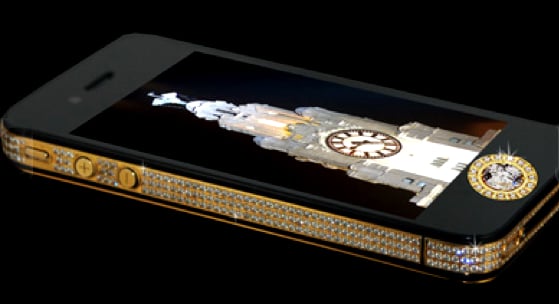 Another bejeweled creation from Stuart Hughes, the phone’s bezel is handmade with rose gold and is embedded with approximately 500 individual diamonds, totaling over 100 carats. The rear section is formed using 24 carat gold and, similar to the Black Diamond phone, the Apple logo is created in 24ct gold and set with 53 diamonds.

The main navigation is also made from gold and holds a single cut 8.6ct diamond. Also included is a rare 7.4ct single cut pink diamond, which can replace the existing one.

The exclusive chest for the phone is made from platinum with polished pieces of original Dinosaur bone from the T-REX along with rare stones such as Opal, Pietersite, Charoite, Rutile Quartz, Star Sunstone.

Stuart Hughes has created only two models of the 64GB limited edition handset. 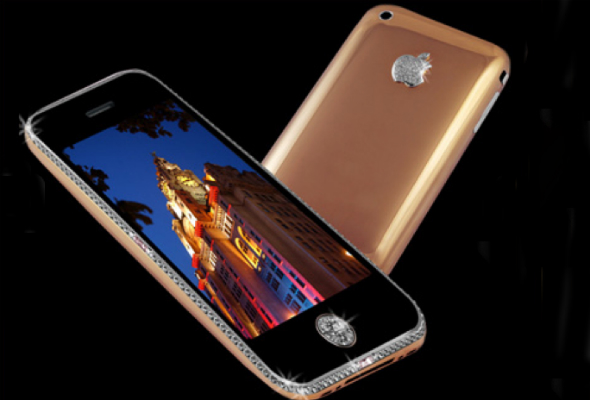 This model from Stuart Hughes is handmade from platinum with 130 individual diamonds that weigh 97.5cts in total. The phone is also encrusted with four pink baguette diamonds, each weighing 2.5cts.

The rear section is formed with 12 grams of 18ct rose gold along with a rose gold Apple logo and 53 diamonds. The main navigation includes a single cut 7.1ct diamond in an 18ct rose gold mount.

The 32GB handset is unlocked for worldwide use and can be updated with new firmware when available. Also included in the deal is a hand-finished wallet made from real Ostrich foot. 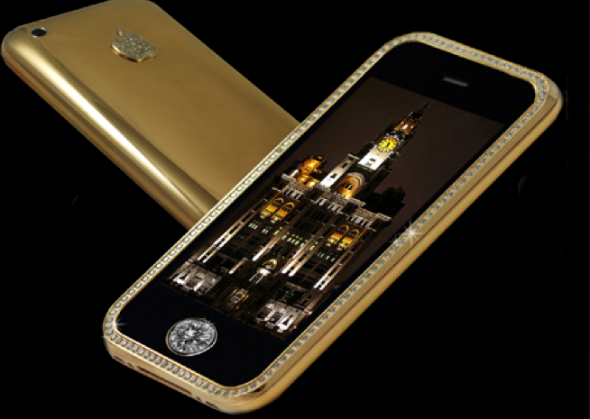 Stuart Hughes invested 10 months in creating this unique handset. Its casing was created with 271 grams of 22ct solid gold and the front bezel houses 136 diamonds weighing a total of 68 cts. The rear Apple logo is set in solid gold with 53 diamonds and the front navigation button is home to a single cut rare diamond at 7.1 cts.

The 7kg chest which houses this phone is made from a single block of granite in Kashmir gold with the inner casing lined with Nubuck top grain leather.

Also a 32GB model, this iPhone is also unlocked and can be updated with new firmware. 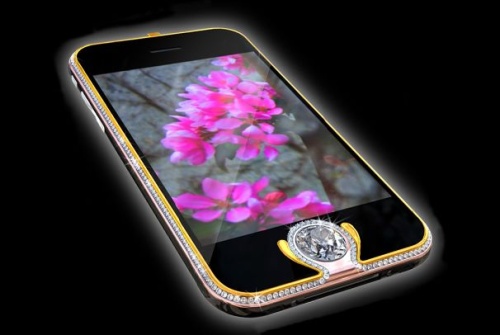 Designed by Austrian jeweller Peter Aloisson, the device is made of 18ct gold and encrusted with diamonds.

The handset is bordered with a white-gold line encrusted with a total of 138 brilliant cut diamonds, which are set in white, yellow and rose gold.

The most prominent feature of the phone, however, is its home button that features a rare 6.6 ct diamond. 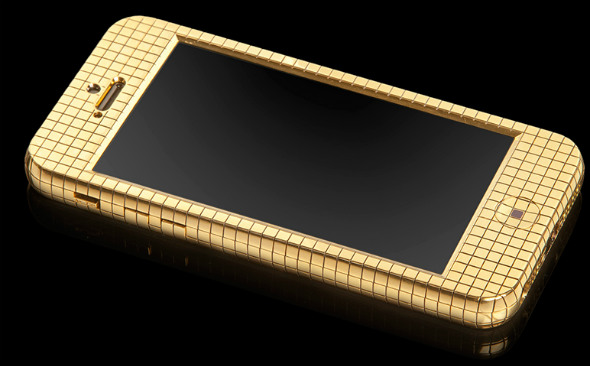 Available on the Goldgenie website, the designer Superstar ICE iPhone 5 is customised with 200 grams of solid 18ct. gold.

The device is covered in 364 diamonds (5.5 carats in total) but can be changed to feature any precious stone that is requested. The iPhone also comes in a unique Cherry Oak Finished Box.

The phone, aptly called an “investment piece”, can be updated to any new and current model.