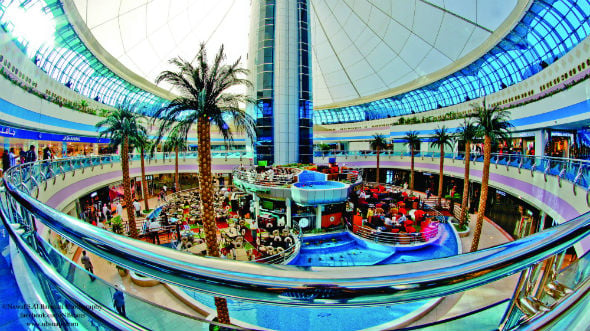 The glittering launch of Abu Dhabi’s luxurious new mall, The Galleria, heralds the beginning of a new era for the emirate’s retail industry.

The 33,000 sq m mall, located in the upcoming Sowwah Square district in Al Maryah island, includes 125 retail and f&b outlets, most of which, surprisingly, are already open.

Although tiny when compared to goliaths such as the Dubai Mall or Mall of the emirates (Moe) in neighbouring Dubai, the galleria represents just the start of a massive retail expansion plan for abu Dhabi.

Over 349,000 sq m of new retail gla (gross leased area) is expected to enter the capital’s market by the end of 2013, according to property consultant Jones lang laSalle (Jll).

Shopping destinations including Deerfields town Square in bahia, emporium Mall at central Market and capital Mall in building Materials city are all slated to open this year.

“However with over 600,000 sq m of additional retail space already projected to complete between 2014 and 2017, we expect to see the capital’s malls follow a similar strategy to those in Dubai, creating lifestyle destinations, providing niche entertainment and leisure attractions.

“Crucially, we expect these new shopping malls to serve as anchors for future residential and commercial development, serving surrounding communities, mirroring the impact of the likes of the Dubai Mall (Downtown Dubai) and Moe (barsha),” said the report.

It added: “these malls have been the catalysts for housing and office demand in their respective submarkets and abu Dhabi’s new mega malls are likely to act as the foundation blocks for similar future growth.”

Within the next five years, the emirate is slated to open Sowwah Central in Sowwah Square, Yas Mall on Yas Island, Saadiyat Mall and Reef Mall.

By the end of 2015, total retail space across Abu Dhabi is expected to reach around 2.6 million sq m of GLA, said JLL.

“Abu Dhabi in particular is seeing significant new retail space under development, as it looks to establish itself as a major destination for leisure and shopping,” said Mat Green, head of research and consultancy UAE, CBRE Middle East.

New retail outlets such as the The Galleria, and the upcoming Yas Mall are helping to increase the emirate’s exposure, bringing new brands and concepts to the region, he added.

Despite rising rents, Kevin Ryan, managing director, real estate development at Gulf Related, the developer behind The Galleria and the upcoming Sowwah Central mall, told Gulf Business that the company has received positive feedback from retailers.

“We’re full at The Galleria and we even have a waiting list. We couldn’t accommodate brands like Chanel and Hermes because we ran out of space,” he said.

“That’s what led us to believe that we could create a major shopping mall across the street.”

The company expects to see a combined footfall of between 23 to 25 million for The Galleria and Sowwah Central by 2018.

Going will grow, although competition fierce, Ryan says they are well-equipped to beat rivals. “We are not sure every one of those projects [new malls] will be happening – only some are in process,” he said.

The Galleria and the upcoming Sowwah Central are also ideally located, making them easily accessible to consumers, Ryan said.

“We hope to be the best in class and most accessible and we think that will allow us to be the market dominant. There are always a couple of shopping centres in every market that perform best – for instance, in Dubai you have (MOE) and Dubai Mall.

“We hope to be the market dominate in Abu Dhabi. Along with location, it’s also about the tenant mix. Even if you have the best architecture in the world but if you don’t have the right tenants, then you won’t get the shoppers.

“We think we have and will get the right mix,” he stated.

But it’s not just about attracting existing customers; overall retail demand is also expected to soar in Abu Dhabi.

“Abu Dhabi will see a growth in tourism over time thanks to quality resorts, great airport infrastructure and increasing airlift – significantly through Etihad. Plus, we do believe that retail tourism – where shoppers travel specifically to shop – will definitely increase here,” he said.

And will the customary debate begin about competition with Dubai?

“One of the statistics we know is that the Abu Dhabi demographic shops extensively in Dubai.

“I don’t think we are going to take Dubai shopping mall frequenters away, but we do believe we are going to capture the Abu Dhabi shopper that no longer will have the need to drive that hour and a half.

“We probably will take some marketshare away from MOE and Dubai Mall,” he added.