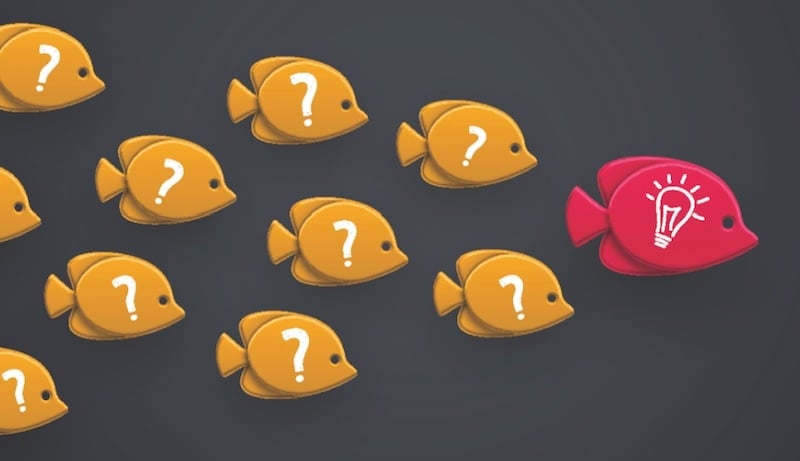 Delivering on intent might be a key aspect of successful leadership, but in most cases it is much easier said than done.

In fact, most companies would probably admit they are not very good at it – a notion backed up by a Harvard Business Review survey. During a period of five years in the early part of the 21st century, with a database of 125,000 people’s responses, HBR found that employees at three out of every five companies rated their organisation as ‘weak at execution’. When asked if they agreed with the statement ‘Important strategic and operational decisions are quickly translated into action’, the majority answered ‘no’.

For many firms, the failure to execute a strategy doesn’t just have implications for the reputation of the management – it can put the company’s entire operation and existence at risk.

But how exactly do you close the gap between a leadership team’s vision and that vision’s execution, and what are the threats to success?

Perhaps the biggest saint and sinner in the entire scenario can be the leader or the leadership team.

Another HBR survey – this time in 2013 – showed that only 8 per cent of leaders were effective at both strategy and execution, suggesting the potential for great ideas but poor follow-through.

In a 2015 PwC study of 6,000 senior executives, the exact same percentage of respondents were found to be ‘strategic leaders’.

One of the dangers associated with these figures is that a leader might not acknowledge his or her limitations, meaning excellent ideas are put forth, but without an appropriate strategy.

To avoid this and similar scenarios, leaders must lead in ways that include entire teams.

In a 2016 article, PwC’s Jessica Leitch, David Lancefield and Mark Dawson suggested 10 principles of strategic leadership that executives should consider to help their plans become not only sound strategies, but executed strategies.

* Be open and honest about information

* Make it safe to fail

* Bring your whole self to work

Similarly, back in 2008, HBR identified four “fundamental building blocks” that would help executives influence the actions of the employees who would be executing the strategy.

For any of this to take place, it almost goes without saying that the entire company needs to commit to the strategy.

From top to bottom there needs to be widespread buy-in, ensuring that efforts will be universally focussed in one direction.

This commitment may be easy enough for the executive team to agree to, but a survey by The Economist Intelligence Unit and BTS in 2014 showed that the further down the company you go, the less likely you are to find belief in a strategy.

While the strength of commitment and believe in a company’s strategy was found to be an average of 82.5 per cent in C-suite and executive leaders, it fell to an average of 28.75 per cent among line employees.

It perhaps comes as no surprise that the same survey showed that senior executives places much less importance in convincing colleagues at lower levels of the strategy (36 per cent) than they did those in more advanced positions (61.75 per cent).

Excluding employees from any part of the strategy would appear to be a mistake should you wish your entire company to be working in unison to execute a strategy.

This might mean that executives need to be creative innovative in the way they roll out their vision – an aspect that strikes at another vital part of strategy success.

Ultimately, strategy is all about innovation. By establishing a new strategy, you are innovating. And you’re seeking to outdo competitors, set a trend, be a market leader or offer something new and different to customers, you need to innovate.

If you’re not innovating in one way or another, your strategy could effectively be a backwards step – it is vital if you want to propel your business forward.

PwC’s 2013 report Unleashing the Power of Innovation revealed that of the 1,757 executives interviewed, 43 per cent agreed that innovation is a ‘competitive necessity’ for their organisation – a figure forecast to rise to 51 per cent by 2018.

Innovation is clearly important to many executives when it comes to strategy execution.

A plan for plan’s sake

An article by business strategy advisory company Aileron highlights a major warning to those looking to establish a new strategy: Don’t plan for plan’s sake.

Writing on Forbes.com, the authors said: “Some organisations go through the motions of developing a plan simply because common sense says every good organisation must have a plan. Don’t do this.

“Just like most things in life, you get out of a plan what you put in. If you’re going to take the time to do it, do it right.”

Strategy is important, but it must not be rushed – neither its development nor its execution.

Various reports put strategy execution failure rates at between 60 to 90 per cent. If you and your company are committed to putting a new strategy in place, it must be at the right time, with the right people, and for the right reasons. Otherwise you might very well be pushing those negative statistics up.