The Battle For Indian Forex In The UAE - Gulf Business 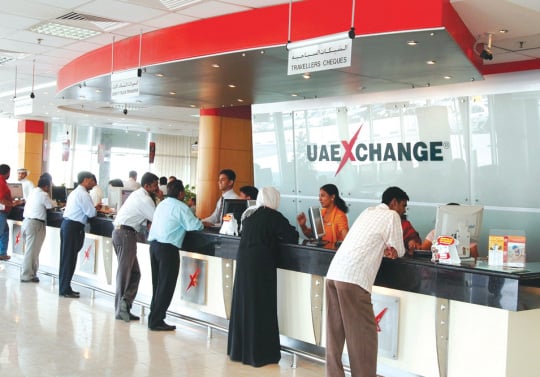 There are currently around 2.2 million Indians living in the UAE, making up almost 30 per cent of the entire expat population in the country.

Their huge appetite for sending money home has helped fuel an intense battle between foreign exchange companies in the Emirates.

It is now estimated that on average, UAE-based Indians save about 70 per cent of their disposable income, which makes them high potential money senders. And with more than 130 exchange houses in the UAE, competition is intense and the profit margins of smaller players are often squeezed.

Apart from some unwanted ‘major regulatory violations’ recently in the UAE, the gruelling fight for forex is still capturing the headlines.

All this has contributed to India becoming the world’s biggest inbound remittance market with over $66 billion received in 2011.

Y. Sudhir Kumar Shetty, UAE Exchange’s chief operations officer for global operations, says: “Today, India is the largest receiver of remittances in the world and we are happy that 10 per cent of the total inflow to India is through UAE Exchange, thanks to our global network of 700 branches spread in 30 countries, of which 125 branches are in the UAE.”

Every day, expatriates from the sub-continent use the UAE’s network of more than 750 exchange outlets to support their loved ones back home.

Competition is fierce, but if the past is any guide to the future it shows no sign of slowing down.

Marc Aubry, vice president of marketing for the Middle East and Africa at Western Union, one of the UAE’s largest firms, says: “India for centuries has established strong ties with its Gulf partners and this reflects in the region’s demography, business cycle and eventually the remittance industry. If we look at the labor market specifically from India, many of our customers form the backbone of this market – remitting diligently monthly savings to support friends and families back home.

“Globally, Western Union has recently launched our retail to account service – allowing our Indian customers to remit funds directly into a bank account. The service will be available in the UAE in the near future. This is a key milestone as we see the banking penetration and reliance on an account, growing in India.”

So what evidence is there that India will continue to be a critical remittance destination?

Aubry says the evidence couldn’t be clearer. “As the UAE continues its market growth through the development of its infrastructure, retail and real-estate projects, India is seen as a key source for driving this growth through the supply of the labour market, cross border investments, SMEs and regional trade – to name but a few.

“India is a key geopolitical and socio-economic partner along with many other countries and a testament to that is the growth over the past decade of NRIs in the region,” adds Aubry.

The annual remittance made by the large Indian community in UAE amounts to over $8 billion, according to the latest figures from 2012. There are strong suggestions from currency exchange firms that this momentum has carried on through into the first half of 2013.

It seems then that the battle for a share of the local Indian population’s wallet still has some way to go.